Science has never moved at such a rapid rate as it is now and as each discovery brings with it countless more developments, it stands to reason that our scientific understanding has ‘snowballed’ with time. So great are many of these developments in fact, and so much have they impacted our daily lifestyles, that it’s sometimes almost impossible to imagine a world before many of these breakthroughs. This is particularly true of medical discoveries, and while we might complain of long hospital waiting lists or the poor bedside manner of some of the nurses, we shouldn’t forget that only a few generations ago the same condition that is now an ‘irritation’ could have led to the loss of a limb… without anaesthetic.

To celebrate these developments then, and to put things back in perspective somewhat, let’s look at ten of the most important medical discoveries of all time, and at how they have changed the world for the better. It leaves you wondering – what will the world be like in another hundred years? 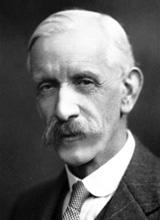 10) Vitamins – The discovery of vitamins by Frederick Hopkins and contemporaries, accomplished through feeding studies using animals at the start of the 1900s, led to a far better understanding of nutrient and helped to prevent many illnesses and conditions that resulted from deficiencies.

9) HIV – HIV was discovered in the 1980s by Robert Gallo and Luc Montagnier and following an influx of patients around the time. This discovery of course led to a greater awareness of the dangers of unprotected sex as well as to the various treatments that exist today to make the condition manageable.

8) The Circulatory System – The concept of the circulatory system was first described in 1242 by the physician Ibn al-Nafis, and first brought to prominence in 1628 by William Harvey. This led to a far better understanding of the human body in general and to many of the treatments and techniques we now take for granted. 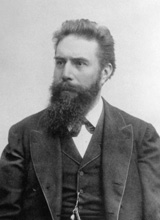 7) X-Ray – Before x-rays repairing broken bones and identifying the cause of many other problems would have been hugely more difficult and has played a role in colouring our understanding of the human body even further. When Conrad Rontgen first discovered the technique in 1895 he used it to create an image of his wife’s hand.

6) DNA – DNA was discovered by the Swiss physician Friedrich Miescher and was at first known as ‘nuclein’ (what was wrong with that name?). This has led to a much better understanding of a range of diseases and illnesses, but is likely to lead to many more discoveries in the future as gene therapy becomes more widely used. Of course the discovery of DNA has also lead to many important discussions on the nature of humanity and our role in our own evolution.

5) Insulin – Before the discovery of the hormone insulin in 1920 by Frederick Banting, diabetes was a condition that would lead to a slow and unpleasant death. Today, thanks to this finding, most diabetic patients manage to live normal and full lives which has affected the lives of millions of people around the world.

4) Anaesthetic – If you ever had to have an operation without any form of anaesthetic then you would likely have a whole new appreciation for just how important this discovery was. Before anaesthetic you had a rope to bite into and a shot of vodka… 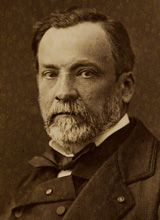 3) Germ Theory – While we’ll get to penicillin soon enough, it wouldn’t have been possible with Louis Pasteur’s initial ‘germ theory’ which shed light on the causes of diseases and lead to many of the hygiene practices we now take for granted.

2) Vaccination – Originally in the Western World the concept of vaccination – using small doses of disease to teach the body to protect itself from certain viruses – was a controversial one. However it is only thanks to vaccinations that we have managed to stop the spread of many epidemics and even completely eradicate some of the world’s most deadly diseases.

1) Penicillin – Discovered by Alexander Fleming in 1928, this is the one that everyone learns about in school, and was the big ‘game changer’ for modern medicine. Essentially the discovery of penicillin is responsible for the development of all the antibiotics that we use today to combat bacteria. Before that, if you got a cut on your leg and it became infected you would have had to choose between death or amputation…