All forms of exercise involve bodily movements. These movements are nothing but changes in the alignment of bones brought about by contraction of muscles – most often accompanied by intense contraction of muscles in other parts of the body without much apparent change in the angle of joints involved (such as occurs in the muscles of the arms when we are carrying heavy grocery bags while there is active movement in the legs).

Why do we need to do these movements? – You might want to ask. 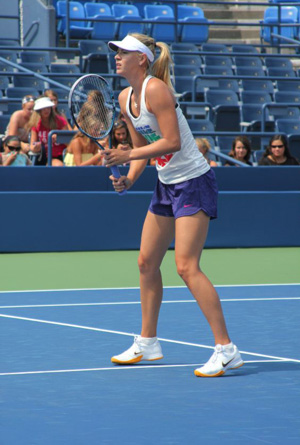 Well, first of all, the more complex the movements (and quicker or harder), more the benefits – stronger bones, joints and muscles – not to mention the numerous physiological benefits as in improved cardiovascular and respiratory health.

So for effective muscle contraction, where do we derive the energy from?

The answer is – as you most likely have heard – from a high energy molecule called the ATP (for the scientifically-inclined, ATP stands for ‘adenosine triphosphate’). As the name suggests, ATP contains three (tri) phosphate radicals.

The breakdown of this ATP molecule into ADP (adenosine diphosphate) – by splitting of the bond with the third phosphate radical – will release large amount of energy. This energy is utilised to cause muscle contractio (Glaister, 2005). Bear in mind though that muscle contraction is just one of the thousand of physiological reactions where-in energy released by ATP breakdown is utilized (Baker, McCormick, & Robergs, 2010).

During short bursts of intense exercise, there is a 1000-fold increase in ATP demand in muscles. Despite this, the muscle tissue has the ability to maintain a relatively stable concentration of ATP molecules. This imparts muscle tissue the ability to greatly vary its metabolic rate as compared to other tissue (Glaister, 2005). Thus, taxing muscles to bump up our basal metabolic rates and burn more calories does seem to make total sense.

Despite the high demand of ATP in muscles, especially during bouts of intense exercise, the amount of ATP stored per muscle cell is rather small – about 8mmol/Kg of muscle. And, at all times, the level of ATP never gets below 5mmol/Kg – at which point, muscles fails to produce the necessary power or contraction – a phenomenon called fatigue (Bigland-Ritchie & Woods, 1984).

As you may well have guessed, there is a very logical reason for the low concentration of ATP in muscles and the onset of fatigue. There is no denying the fact that fatigue is a protective reflex. If it weren’t for fatigue, we would continue to contract our muscles forcefully to cause irreversible muscle damage or rigor (Bogdanis, Nevill, Boobis, Lakomy, & Nevill, 1995). Low level of ATP thus ensures that fatigue sets in within a short time during intense activity so as to protect muscles.

Energy Systems for Resynthesis of ATP

Training energy system to effectively resynthesize ATP – as quickly as possible – so that muscle contraction continues without onset of fatigue – forms the basis of most exercise protocols.

There are various energy systems in place within the human body which cause regeneration of ATP. Depending on the substrate used and the rate at which these systems resynthesize ATP, these energy systems are:

1. Phosphagen System – Is the most rapid system for regeneration of ATP molecules, utilizes phosphates from Creatine Phosphate (CrP) in the presence of enzyme Creatine Kinase. It does not require oxygen hence also called the anaerobic system.

During the first 10 seconds of a high intensity exercise (100 metre sprint), the phosphagen system is responsible for ATP regeneration (Bogdanis, Nevill, Boobis, & Lakomy, 1996). Recent research, however, tends to support the view that there is rarely a total reliance of the phosphagen system (Casey, Constantin-Teodosiu, Howell, Hultman, & Greenhaff, 1996) and that the rate of CrP degradation to regenerate ATP begins to decline within 1.3 seconds of intense exercise (Maughan et al., 1997) – meaning other systems to regenerate ATP begin to kick in as early as 1.3 seconds after initiation of intense exercise.

Sport which typically depend on this system are weight lifting, shot put and jumping events.

2. Glycolytic System – Exercise of longer than a few seconds duration will utilize blood glucose and glycogen stored in the liver to regenerate ATP. This system is slower than the phosphagen system however produces more ATP molecules.

3. Mitochondrial Respiration – As the name suggests, this occurs in the mitochondria. It utilizes fatty acids from the blood, fat depots and muscles, glucose from diet or that stored in the liver and glycogen within the muscle. Since it requires the use of oxygen, it is also called the aerobic system.

Although the overview of energy system provided here is a very simplistic one, it will help you understand the complex interplay that exists between these systems at all intensities of exercise training – especially during incremental and maximal efforts.

To conclude, although it was always traditionally thought that training the system most suited for your sporting discipline will likely benefit your performance – more recently, it is being recommended that improving the efficiency of all of these systems will likely be more beneficial – esp. in a sport like football or tennis.