Breathing illnesses like bronchitis and the common cold can leave you with a congested chest and a nagging cough. These symptoms can be addressed by using an over-the-counter expectorant. Expectorants help reduce coughing by thinning the mucus in the air passages, making it easier to cough up. This type of medication will not eliminate the underlying cause of the coughing. However, reducing coughing and congestion can help you sleep easier and be more comfortable as your body fights off the cold.

Expectorants are a useful tool for helping you get through a cold, but they are not without side effects. While most of these side effects are not severe, they should be kept in mind when choosing whether or not to use this type of medication. 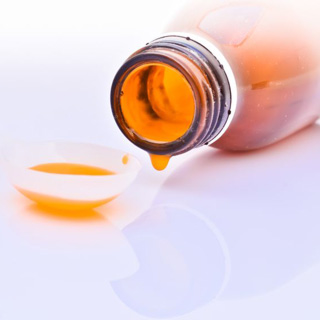 The most common side effect experienced after taking an expectorant is nausea. This nausea is sometimes accompanied by vomiting. Nausea is most likely to occur the first few times a person takes an expectorant because his body may not yet have a tolerance to it. In most cases this side effect becomes less severe after a few doses. If the nausea does not go away or becomes more severe, contact a doctor.

Expectorants are rarely associated with severe allergic reactions. However, the possibility does exist. Anyone with a known allergy to guaifenesin (medical term for expectorants) should not take this medication. Rashes, itching or swelling in the face, difficulty breathing, and dizziness are signs of a severe allergic reaction. Seek medical attention if these symptoms are present.

Side Effects of Other Common Cold Medications

Expectorants are not the only medication people turn to when suffering from a cold. There are many over-the-counter cold medications on the market today, most of which have accompanying side effects.

• Nasal Decongestants: This medication reduces swelling in the nasal passages and is delivered to the membranes in the nose through a spray. Some people experience stinging, burning and dryness in the nose after using this spray.

• Oral Decongestants: Oral decongestants have the same purpose as nasal decongestants, but are delivered to the body through the mouth instead of the nose. Possible side effects are dizziness, nervousness, and difficulty sleeping.

• Cough Suppressants: Cough suppressants are more closely related to expectorants, but instead of making mucus easier to cough up they help stop coughing altogether. Side effects associated with this medication are nausea, nervousness, drowsiness, and dizziness.

• Antihistamines: Antihistamines are most commonly associated with allergies, but they can also be used to stop a runny nose. The most common side effect of antihistamines is drowsiness. Be careful about driving and operating heavy machinery after taking this medication.

People who wish to avoid medicinal side effects may want to try natural remedies for their cold symptoms. There are several techniques to use that can reduce symptoms such as chest and nasal congestion and coughing.

• Fluid Intake: Staying properly hydrated will keep your body functioning at its best. It will also help break up congestion and keep your throat moist. Drink at least eight 8-ounce glasses of water every day. Alternatives to water include herbal teas, ginger ale, fruit drinks and sports beverages. Avoid drinks with caffeine because they can cause dehydration.

• Steamy Shower: A hot, steamy shower has two advantages. First, it will help keep you warm. Keeping warm allows your body to focus its energies on fighting your cold. Second, the steam from the shower can help reduce congestion. Showers are relaxing and can add moisture to dry throats and nasal passages.

• Gargle Salt Water: Sore throats can be soothed by a salt water gargle. Dissolve half a teaspoon of salt into 8 ounces of warm water and gargle. Do this up to four times a day. If your throat tickles more than it hurts, gargle with a (cooled) tea that contains tannin instead.

None of the medications or remedies discussed above will cure a cold outright, but they can help reduce the severity of symptoms. While many people do not experience side effects while taking an expectorant, there are some that do. Pay attention to how you feel after taking this type of medication to decide if it is the right form of treatment for you.