Antibiotics are medicines that are used to treat bacterial infections. This article provides information on antibiotics, antibiotic resistance, and new research into an alternative to traditional antibiotics.

In 1928, a Scottish scientist called Alexander Fleming was growing Petri dishes of the common bacterium Staphyloccocus for use in his experiments on bacteria. Quite by accident, one of his bacteria-filled Petri dishes became contaminated with some mold, and Fleming noticed that wherever the mold grew, the bacteria died. 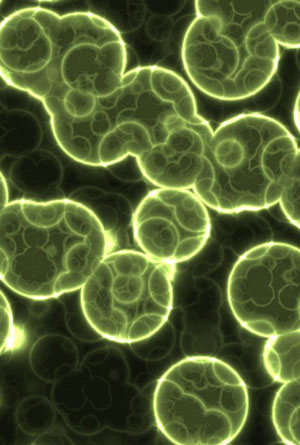 Fleming had discovered penicillin, a natural chemical produced by the mold, which kills bacteria by breaking down their cell walls. Penicillin was later commercialized, and since then, other types of antibiotic have been discovered that can kill different types of bacteria.

So how have bacteria become resistant to antibiotics?

Bacteria grow and divide very quickly, some able to double in number approximately every 20 minutes. Cells produced in this way are all genetically identical to one another, so in nature, if an effective antibiotic came along, this would kill all of the bacteria at once. To survive, bacteria have developed the ability to swap genes with other strains of bacteria, so they can adopt beneficial characteristics, such as resistance to antibiotics. Rapid growth means that genetic change and adaptation occurs very quickly indeed.

What can we do about antibiotic resistance?

A concern for scientists is that some bacteria are developing resistance far more quickly than we can develop new antibiotics to kill them. One way of at least slowing down the rate at which ‘superbugs’ like MRSA can develop, is to limit our use of antibiotics wherever possible, for example not taking them for minor infections from which we could recover on our own, and not taking antibiotics as a preventative measure. One researcher at Arizona State University may have hit upon an alternative antibacterial strategy – using clay to kill bacteria.

Clay has been lauded for centuries for its apparent medicinal properties, in fact as far back as 5000 years ago, clay was listed in the ancient tablets of Nippur as a wound-healing medicament, and around 1600 BC, the Ebers Papyrus – recognized as the world’s oldest medical text – recommended clay as a treatment for ailments including diarrhea, dysentery, tapeworm, hookworm, wounds, and abscesses.

Writing in the open access medical journal PLoS One, Dr Shelley Haydel and her graduate student Caitlin Otto, believe they have identified that it is metal ions within clay that have antibacterial properties. In particular, in lab tests, they found that clays rich in copper, cobalt, nickel and zinc ions are effective against E. coli, while copper, cobalt and zinc ions are also effective against MRSA.

Although this is a very early lab-based study, and extensive toxicity testing would need to be done to make sure that these metal-ion clays are safe for humans to use, Dr. Haydel is optimistic about the potential role for medicinal clays in the therapy of infections, particularly skin infections to which clay might be directly applied. It certainly provides a new avenue of exploration in the search for new drugs to combat antibiotic resistance.

You can read the full scientific paper at PLoS One, here.