Anemia is a condition that is caused by having too little iron in your bloodstream. Iron is used to make a vital component in your red blood cells called hemoglobin – it is hemoglobin that makes your blood red in color, and it’s also used to transport vital oxygen around your body to help your cells and organs function effectively. If you don’t have enough iron, you can’t make enough hemoglobin, and therefore you will be unable to carry enough oxygen to where it is needed in the body. 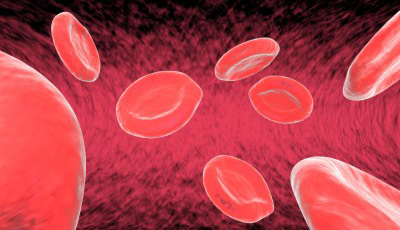 There are several causes of anemia, for example blood loss (it is relatively common in adolescent girls and women who have particularly heavy periods), by certain genetic disorders such as sickle cell anemia, or – since most of the iron needed to make hemoglobin comes from iron-rich foods like dark leafy green vegetables (e.g. broccoli, cabbage, and sprouts), and red meat – by not consuming enough iron in the diet.

Anemia is also fairly common in pregnant women. When you are pregnant, you need approximately twice as much blood to circulate oxygen around your body and the body of your developing baby, therefore your requirement for iron to make hemoglobin dramatically increases.

What are the symptoms of anemia?

It can be difficult to spot anemia in pregnancy since the most common symptoms are feelings of tiredness and weakness that most women experience during pregnancy whether anemic or not! However, other tell-tale signs of anemia include feeling dizzy, having a pale complexion (also paleness of the gums, the underside of your eyelids, your lips and fingernails), difficulty concentrating, heart palpitations and shortness of breath. If you have a few of these symptoms, you might have anemia.

How can anemia be treated?

If the blood test shows that you do indeed have anemia, the most common treatment is simply to increase iron intake, which is most easily done by taking supplementary iron tablets. You can also increase your intake of foods such as red meat, green vegetables, nuts and seeds, beans and lentils. Vitamin C also helps your body to absorb more iron, so be sure to include vitamin C-rich foods like citrus fruits and tomatoes in your diet.

Although the symptoms of anemia are often mild, if left untreated anemia in pregnancy can lead to premature births and a low birth weight – it has also been shown to have a link with postpartum depression, so be sure to get checked out.