Bruce Willis, Marilyn Monroe, Nicole Kidman – what do these three people all have in common? You might be surprised to learn that, as well as all being famous Hollywood actors, all three of these people suffered from a stammer in childhood.

Stammering, or stuttering, is a condition whereby the sufferer has trouble in enunciating spoken words in a normal, smooth, fluent manner. It most often involves ‘getting stuck’ on a sound at the beginning of a word – just like in the Will Smith song, “Boom, Shake the Room”, in which the Fresh Prince declares that he “g-g-gets so n-n-n-nervous” that he “s-s-s-starts to st-st-stutter”. 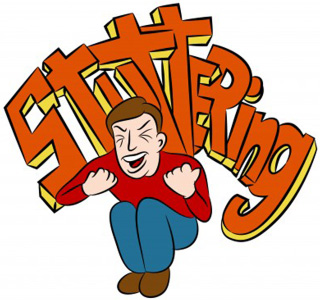 Stammering commonly occurs in childhood between the ages of 2 and 5; this is the period during which children are most actively developing their language skills, and mild stammering is usually seen as a normal part of ‘getting your tongue around’ new words and sentences. It is also around four times more likely in boys than girls – the reason for this is not known, but this is also true of many developmental disorders. Most children grow out of their stammer, but in a few cases, some children will continue to stammer into their teens and even into adulthood. In rare cases, stammering can also be acquired later in life.

Neuroscience experts generally agree that people who stammer have a genetic predisposition to doing so, since almost two-thirds of stammerers have a close family member who also stammers or used to stammer, including identical twins. However, the exact genes linked to stammering have not been identified. It is likely that there is more than one gene associated with stammering, and those genes are probably linked to language acquisition rather than stuttering per se.

Stammering is also strongly associated with stress – many stammerers will find that their stammer gets worse when they are nervous, tired, excited, or in an unfamiliar situation. Stammering in itself can also affect stress levels in a vicious cycle-type situation: stress can make stammering worse, and in turn, the stammerer gets even more stressed or embarrassed about not being able to communicate fluently, so the stammer gets worse. As a result, people who stammer often suffer with self-esteem and shyness issues.

What can be done about stammering?

Many children will naturally grow out of their stammer before school age, or soon after starting school. For those that continue to stammer and for whom stammering is interfering with their development, learning and social relationships, therapy with a qualified speech and language therapist is often recommended. Therapy often focuses on the idea that children often start to stammer when the demand on their language is more than they can adequately respond to. In a typical therapy session, the therapist will work on creating a calm atmosphere, encouraging parent-child interactions, and simplifying and slowing down speech to allow the stammerer to convey what he or she wants to convey without feeling stressed or rushed.