American author and relationship counselor John Gray’s 50-million copy bestseller ‘Men Are from Mars, Women Are from Venus,’ extolling the differences between the sexes, has just been kicked into doubt by a new study report.

In what’s been called a ‘first of its kind’ survey of the sexes, published in the Journal of Personality and Social Psychology, Gray and his believers are proved wrong in the theories put forward in 1990’s book that men and women are fundamentally worlds apart in the way they think and act. 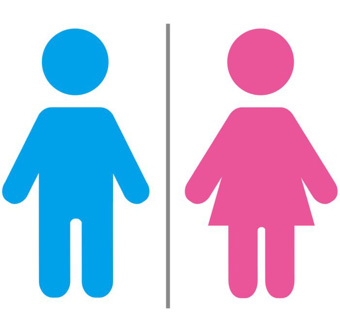 Of course, while gender differences on average are not under dispute, the idea that males and females are consistently and inflexibly gender-typed individuals is, according to Bobbi J. Carothers of Washington University in St. Louis and Harry T. Reis of the University of Rochester. Carothers explains: “That is, there are not two distinct genders, but instead there are linear gradations of variables associated with sex, such as masculinity or intimacy, all of which are continuous.”

Of course, such studies are really not that new in examining the gender differences between men and women. There have been lots of them over the years, Carothers and Reis finding a staggering 3,370 articles on the subject published in 2011 alone. The vast majority of it looks at the average differences between men and women but, say the two, this research can easily be misinterpreted. The articles have generally concluded that ‘men are better at X’ while ‘women are worst at Y’ – totally ignoring the fact that these studies are comparing averages and contain great variance.

“The world presents us with a huge amount of information, so we often take shortcuts to help process it all. It’s what’s known as the cognitive miser,” says Carothers, adding: “… one of those shortcuts is a tendency to categorize things. Like, it’s easier to think of two things – men are one way and women are another – than it is to think of all of the nuances of overlapping distributions, particularly if they’re not brought to our attention when we hear about an average difference.”

Makes sense? Well, there’s more. Many of the published researchers, particularly those who were “evolutionarily oriented,” appeared to “favor a more categorical interpretation of gender differences,” according to Carothers and Reis in their Journal of Personality and Social Psychology report. They speculated this was because no research had actually addressed the specific question of whether gender differences were categorical or dimensional.

They reckon that if men and women were actually psychologically distinct from one another, then their scores on psychological measures should form large clusters at either end of a spectrum with little overlap between the two groups. Such is the case for physical characteristics – such as height, shoulder breadth, arm circumference, and waist-to-hip ratio. Men tend to be tall, have broad shoulders, large arm circumference, and a small waist-to-hip ratio, while the opposite is true for females.

A very different picture emerged when it came to looking at the wide gamut of psychological characteristics between the genders by Carothers and Reis. They focused in on things like fear of success, sexual attitudes, mate selection criteria, sexual behaviors, empathy, and personality. What stands out in their report is not so much that men and women have so much in common but that these commonalities persist despite strict gender tunings. Men can face ridicule if they’re perceived as having female-like levels of empathy and concern for people, while women are routinely told there’s something wrong with them if they have perceived “masculine” attitudes towards sex. Male and females tend to have a mix of adventurousness and tenderness when it comes to love-making. We’re constantly being put in gender compartments, and yet, apparently, we keep breaking out and going on the run!