Few people want to get fat, and in fact I’d go as far to say that this group of people is limited entirely to actors who are preparing for the role of Santa Clause (and even then they have a fat suit). So what’s the point of an article on how to get fat fast? Well as a warning of course – if you did want to get fat really quickly then these would be the things you would do, so by extension then these very same things are what you absolutely need to avoid if you don’t want to get fat. Here are some of the top ways that we can see our silhouette bloat quickly. 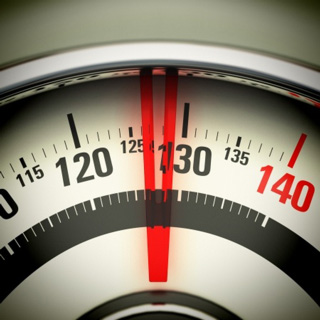 Snacking between meals is one of the best ways to pile on pounds and it’s something that can easily be stopped with a little will power. You don’t need to eat between meals, and in fact it’s not good for you, so just try to have the self-control necessary to say no and to turn down the idea of having a bag of crisps or a chocolate bar. Try to learn to think of how guilty and sickly you’ll feel after you snack on that cake and focus on this feeling when you’re trying to decide whether you want some.

Collapsing When You Get Home

Do you get home from work only to collapse on the couch feeling completely devoid of energy and with no motivation to do anything? Because if you do, then you can almost guarantee that in no time at all you’re going to start to see the number on the scales get bigger. The problem is that if you are coming home feeling tired and exhausted then all you’re likely to do is to sit in front of the television and probably drink a beer or eat some comfort food – which will in turn lead to your gaining weight. What you need to do to avoid this is to change jobs so that you are happy in your career and so that you aren’t left feeling completely drained after a day in the office. Then when you get home you can do a workout, do some DIY or walk the dog and you’ll keep on burning calories. You’ll also be more likely to cook a good meal rather than order pizza in.

In fact that beer on its own is enough to give you a gut even if you are being active – and don’t think that you’re out of the woods if you’re a whisky drinker either. It’s the alcohol that adds the calories so any regular alcohol will make you gain weight. You don’t need a beer or a glass of wine every evening, so find a healthier way to unwind (I chose tea!).

If you gobble down your food until there’s nothing left on the plate and then go for seconds, then no matter how healthy it is you’re going to start to add to your waistline. A good trick that Paul McKenna talks about in his book ‘I Can Make You Thin’ is to just make sure there’s always some food left over on your plate. Do this and you’ve changed your psychology immensely.

The secret to getting into fat isn’t just to eat more, it’s to eat more of the bad stuff. What you need to do then is to make sure that you get a big meal filled with complex carbs first thing in the morning and to snack on fruit and wholegrain sandwiches (minus the butter) for lunch. This will mean then that your sugar level never drops too low and you never end up craving those snacks that will give it that artificial high.

Not Realizing Where Your Calories Come From

Drinking lots of fizzy drinks is a fast track to getting fat quickly because it’s so high in sugar – equivalent to two Cadbury’s Cream Eggs in fact. Just knowing this can help you to avoid fizzy drinks, and likewise there are many other little known ways to pile on calories, so make sure you know where you can cut them out of your diet.

Eating Out All the Time

Eating out will quickly get you to pile on those pounds because a lot of what’s easily available is so unhealthy (McDonald’s is not the only culprit). The solution is to either plan ahead so that you take packed lunches, to choose the low calorie options on the menu (I usually have a coffee instead of a pudding for desert and I feel much better afterwards for it), and to buy from places where you wouldn’t normally think – like popping into Tesco and getting a loaf of bread and some ham rather than buying a baguette from Subway. It’s cheaper too…

Getting Into a Serious Relationship

Getting into a serious relationship can often make staying in shape more difficult and I’ve seen many friends turn into blobs after they met the girl or guy of their dreams. The problem is that you want to spend all your time with them, and that you’re likely to enjoy lots of lavish meals together and you end up getting into an unhealthy routine. Make sure then that your new partner knows early on that your health is important to you and that you won’t always want to enjoy those Thorntons with them. Meanwhile find a time in both your schedules where you can work out without missing out on couple time. Better yet – join a fitness class together (like dancing) which can be romantic, fun and very healthy.

Changing Careers to a Job Working in an Office

If you’ve just changed jobs and are now working in an office then you’ll find that you’re burning far fewer calories throughout the day. If nothing else changes then of course you’ll end up with more calories left over which are going to get stored as fat. Make sure then that you get around this problem by finding other ways to make your daily routine more active – which may mean for instance that you cycle to work or that you take up a new more active hobby a few nights a week.