Nootropics is the term used to describe any pill or substance that can enhance an individual’s cognitive functions. That means drugs that can improve memory, help with problem solving, improve concentration or give you increased wakefulness. The idea is one that was particular well portrayed in the film ‘Limitless’ which saw the central protagonist going from layabout-bum to highly-successful stock broker overnight.

The effects in Limitless though are somewhat exaggerated, and obviously there is no pill that can turn Homer Simpson into Stephen Hawkings. 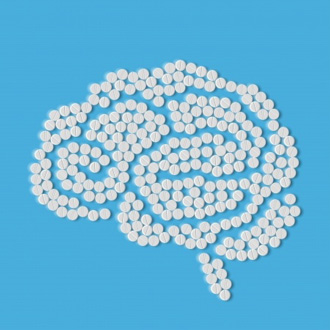 And yet nootropics do exist. And in fact there are entire forums dedicated to complex ‘stacks’ of different pills that users believe can make them super smart. The question you should be asking is whether those pills really work, whether they really work as well as the advocates claim, and perhaps more importantly – whether there are any side effects.

Before we get into this too far we should first look at the different types of nootropics – of course not all of them are made equally and your experiences will likely differ depending on which type you are using.

Vitamins and Minerals: In some cases for instance a nootropic can be simply a vitamin or mineral tablet. There are many aspects of our diet from amino acids to vitamin B12 that are known to give you a slight brain boost, so these can provide a cheap and safe ‘nootropic’ that will help your mental acuity a little without giving you any nasty side effects or any cause for concern. For some, a nootropic stack just means consuming some extra vitamins and minerals, some additional carbs (for energy which also helps the brain’s performance) and then doing a workout to encourage blood flow. It’s the safest method, but it’s not going to turn you into a genius overnight.

Every Day Substances/Herbs: Then there are the substances that we are already used to using. Caffeine for instance is a very well-known nootropic and there are all kinds of caffeine tablets that nootropic enthusiasts will use. Similarly nicotine has been shown to improve memory in the short term, so some people will even chew nicotine gum when they are swatting for exams or playing memory games.

In a similar vein are the herbs and spices that some people use to try and get a mental boost. These are all substances that we might normally find in our diet anyway and that are completely natural, but are also alleged to have beneficial properties when it comes to sharpening your thinking up. Ginkgo Biloba is a well-known example of a natural remedy for brain power.

Again, these methods are safer than using serious drugs with more profound effects, but they aren’t going to transform your life. Ginkgo Biloba for instance has not been clinically proven to have any beneficial impact on the brain at all and is far more likely to be simply a marketing scam. Furthermore, these methods tend to be expensive, and can still have side-effects. Many of the class A recreational drugs are ‘natural’ as are a number of poisonous berries, so it is folly to assume that anything naturally sourced will be completely safe. Furthermore, substances like nicotine may have detrimental effects on the memory in the long term and can also be addictive.

Drugs and Medications: From here you get into the rather more concerning drugs that some people will use to try and rewire their brains. Often these are prescription drugs meant for treating conditions such as Attention Deficit Hyperactivity Disorder (ADHD), narcolepsy and depression, or for helping nightshift workers. Some will even use fat-burners and weight loss pills to increase their metabolism and burn more energy. These are chemicals designed to increase alertness, attention and quick-thinking, but they also have side-effects which might make them unsafe for use by the general public.

One very popular nootropic used by students for example is ‘Adderall’. This is a drug designed to treat ADHD and is thought to aid in concentration. Most people will use Adderall with few notable side effects, but it can cause any number of problems. These include headaches, weight loss, emotional changes and dizziness. Most people will experience some difficulty sleeping, headaches and dry mouth.

Another medication that has recently become highly popular among students and business leaders is ‘modafinil’ or ‘provigil’. This is a treatment originally designed to treat narcolepsy and to help with shift work/jet lag. Its main goal is to keep the user awake, but experimentation has found that it can also improve concentration, memory, reflexes and even the ability to ‘make connections and form new ideas’. This combined with the ability to stay awake all night and the pill’s impressive half life makes it the closest thing to a ‘Limitless’ drug by all accounts. The pill is only legal via prescription though, and although it has no known side effects in the short term (other than dry mouth and other minor effects), it hasn’t been studied in the long term yet.

Most of these more powerful nootropics do involve something of a risk. While most don’t have notable side effects, the lack of information available means that the long term effects are unknown. Generally with the brain you don’t get anything for ‘free’. In other words, if you increase your production of a certain neurotransmitter in order to improve alertness, your brain is likely to compensate by making less of it naturally, or by releasing more of something else. Thus it’s very possible that in a range of cases, the long term effects could actually be the opposite to those you’re trying to bring on.

For those who are seriously into their nootropics, taking a single medication won’t be enough. Instead the hardcore will create huge ‘stacks’ of chemicals each designed to cause different effects and to offset the side effects of each other. You find forums of people discussing huge lists of pills that they take in order to boost their brain, often with a lot of pseudoscience to try and justify these bizarre cocktails.

Is this safe and smart? Certainly not. The brain is far too complex a piece of machinery for even the smartest users to tinker with. Change one chemical in slightly the wrong way, take the wrong two pills at the same time that then interact with one another, and you could potentially cause huge long term damage. Or at the very least leave yourself feeling listless, depressed and burned out for the rest of the week.

More to the point, even when these brain drugs work the way the user intends, they still aren’t necessarily advisable. Staying awake all night will place a strain on your immune system even if you’re productive during this time and that means that you will be more likely to get ill. Increasing your concentration to huge degrees isn’t necessarily always a good idea either – you might find you have a highly productive day, but that same tunnel vision might be your undoing if you end up fixating on the wrong thing (like cat videos). And those tablets that alter your mood can cause you to make bad decisions, to strain your relationships and to prioritise the wrong behaviours. Work is important yes, but is it really worth changing who you are over?