A polymath is someone who is considered an expert or even a genius in multiple fields. The most classic example perhaps is Leonardo da Vinci, who has been celebrated as an inventor, a painter, a scientist and much more. Other examples include Michelangelo, Galileo Galilei, Alexander Graham Bell, Imhotep, Pythagoras and Aristotle.

During the renaissance, and also in the decades prior to that time period, it was much more common to be a polymath or a ‘homo universalis’. It wasn’t uncommon for instance, for a politician during the Tudor era, to spend their free time painting, translating famous works of literature, and conducting experiments in their quarters. Go to the National Portrait Gallery in London and read about these characters and it seemed like all of them had a wide range of fascinating interests. 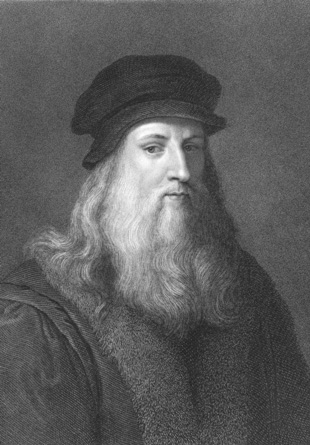 So the question is, what has happened to the polymaths? And have we ironically reached an age of widespread ignorance in an age where we have more available knowledge, tools and education than ever before?

If you think about it, there are any number of reasons that we might be becoming less interested and spending less time in academic pursuits. One obvious theory might be that we are simply becoming less intelligent – and indeed scientists agree that our brains have actually been getting smaller ever since the Stone Age.

Actually, this is unlikely to have much to do with our smarts and more to do with our smaller bodies and reduced muscle mass compared with our ancestors. Conversely, better health and nutrition should mean that we actually have more brain power than ever before.

Instead then you could blame a variety of modern lifestyle factors. Take for instance the fact that we now have so much entertainment available right at our fingertips. It may be that we spent more time reading, writing, painting and thinking historically because we didn’t have TVs or other distractions.

Another possibility is that we’re now much too overworked. If you look around the National Portrait Gallery you’ll find it was mostly the upper classes who fitted the ‘polymath mould’ – and that’s probably got a lot to do with them having so little to do during the day. The working classes weren’t polymaths because they spent all day working (and often couldn’t read) for the same reasons they didn’t get portraits painted. These days most of us will work hugely long hours in brain-intensive jobs, and then when we get home in the evenings we will just want to ‘switch off’.

We can also argue that there are fewer polymaths these days because we know so much more now. The average person may have been much more curious and inquisitive in a time when we knew far less about the world around us and it would have been much easier to get recognised in a given field. For instance, making a breakthrough in physiques today would involve a complete understanding of a huge number of different concepts and likely access to some kind of high-powered machine like a hadron collider. To get to the level of someone like Stephen Hawking you would probably need years’ worth of education which would likely necessitate specialisation to a degree.

So is it simply no longer viable to become a polymath? Are we too tired, too distracted, not curious enough and too specialised to hope to become modern day da Vincis?

I have another theory – and that’s that it’s perfectly possible to become a Polymath in the modern era, it’s just not that common. But this has likely always been the case. History remembers the polymath, and so it’s easy to look back in time and think that we were all so much more enlightened.

To make my point, here are some great examples of modern-day polymaths who have made genuine contributions in multiple different fields.

Sylvester Stallone: You probably wouldn’t imagine me to put a famous action hero on this list, but consider that Sylvester Stallone not only acts in his films, but also writes them. His most famous creation was Rocky which was nominated for multiple Oscars and which had people comparing him to Marlon Brando. On top of this though, Stallone also helped to lead the physical fitness movement throughout the 80s and brought out a number of fitness products including supplements and a book. More recently Stallone has also been recognised for his paintings which sell for thousands of dollars.

Tim Ferriss: Tim Ferriss first rose to prominence when his book ‘The Four Hour Workweek’ made the best seller list. Tim Ferriss is a highly successful author (now of three books and a blog) and life coach, but is also an investor in many Silicon Valley start-ups. He also advises on fitness and has helped many people build muscle and lose fat, and is interested in ‘accelerated learning’ in which he breaks down a skill – such as language acquisition – and attempts to become competent in the minimum amount of time.

Arnold Schwarzenegger: It’s my belief that there’s some connection between physical fitness and becoming a polymath, which would explain why both Sylvester Stallone and Arnold Schwarzenegger should make this list. While Arnie may be known for playing macho men who are more interested in blowing things up than making contributions to multiple disciplines, Arnold Schwarzenegger is in many ways a polymath having been a highly successful actor, athlete and politician. Arnie has also written several books and had earned millions as a businessman and property investor even before he became a bodybuilder. There’s something you probably didn’t know!

Eric Lander: Eric Lander is co-chair of Obama’s Council of Advisors on Science and Technology. He is a professor of biology at MIT and won the Westinghouse Prize for a paper he wrote on quasiperfect numbers… at age 17. He has written books on information theory too, but is best known for cracking the human genome.

Viggo Mortensen: Viggo Mortensen is an actor who is best known for his roles in Carlito’s Way, Lord of the Rings and A Dangerous Method. When he’s not acting though, he might be signing, writing poetry (in three languages – he speaks four), running his own publishing company or having his paintings displayed in galleries.

Douglas Hofstadter: Douglas Hofstadter (son of Nobel-Prize-Winning physicist Robert Hofstadter) is a professor of cognitive science and also a Pulitzer Prize winner. He has fellowships in the Academy of Arts and Sciences as well as the American Philosophical Society. And as though that wasn’t enough, he is also a Pulitzer Prize winner, calligrapher, composer, physicist and programmer. He speaks three languages fluently and has studied eight others.

There are plenty of other examples of recent polymaths too, so in short there’s really no reason why you can’t make a splash in more than one field – you just need the energy, the drive and the intellectual curiosity.

To help give you a chance of being successful, it’s also a good idea to try and reduce your other commitments, to spend less time watching TV, and engage in some exercise to give yourself the time and energy you need to pursue multiple areas. Start by expanding your mind by reading about physics and learning other languages, and then look for areas where you might be able to do something noteworthy. You probably can’t discover a new element or have a new law of physics named after you, but perhaps you could write a book on philosophy? Maybe you could make an app? Or maybe you could start a successful business? There is plenty out there to be made and discovered, so perhaps it’s time to start using your time a little more creatively…