Hoodia is a type of flowering plant of the Apocynaceae family and is known as a ‘cactiform’ due to its cactus-like appearance. While it may not look highly edible, it’s become a popular supplement in many diets where it is used in tablet form thanks to its alleged weight-loss properties. But is hoodia effective? Or is it another entry in a long list of marketing scams with no foundation in scientific research? 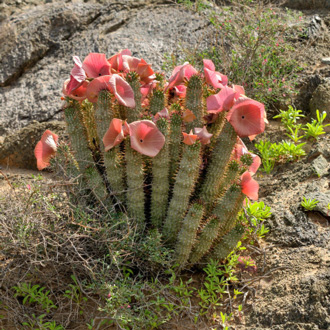 As with many herbal remedies and miracle supplements, Hoodia gordonii was originally used by an indigenous culture, in this case the San people of the Namib dessert. Here it was used as an appetite suppressant until it was eventually discovered by those who recognised its other magic property: marketability. Thus the African Council for Scientific and Industrial Research patented the plant as a dieting aid before eventually selling that patent to Unilever.

How it (Allegedly) Works

Hoodia is supposed to work due to the inclusion of P57 steroidal glycoside which it is claimed can help signal the hypothalamus that you are full. The ‘facts’ vary depending on where you read them, but some claim that the compound is as much as ‘10,000’ times more powerful than glucose (whatever that means).

Studies on the effects of P57 do show some interesting results in some cases. Intracebroventricular injections of purified P57 for instance have been shown to increase ATP by 50-150% in hypothalamic neurons (ATP being the ‘energy currency’ that we use to power all our biological processes). In rats, injections of P57 to the third ventricle was shown to reduce food intake by 40-60% over the subsequent 24 hour period.

In 2008, the UK-based Unilever PLC abandoned their plans to use Hoodia in a number of products going forward stating that having invested 20 million pounds in research, the product did not reach their strict standards of safety and efficiency. Despite this, you can still buy Hoodia supplements in many stores and online.

Unilever PLC isn’t alone in this discovery though. A study published in The American Journal of Clinical Nutrition looked at the effects of Hoodia supplements on overweight women and found that it had no effect on body weight. Furthermore, the study revealed a number of side-effects including ‘episodes of nausea, emesis, and disturbances of skin sensation. Blood pressure, pulse, heart rate, bilirubin, and alkaline phosphates showed significant increases.’

Thus far, the main conclusion to draw from this contradictory research is… that it’s too early to draw any conclusions. While P57 is undoubtedly an interesting substance and has been shown to be quite powerful when used on rats, there’s not yet any evidence to suggest that the oral consumption of Hoodia by humans will have the same effect.

It’s also important to bear in mind that there are many reasons that rats might not eat – including feeling unwell. Hoodia has been shown to trigger a number of side effects in some cases, and because it is not considered a drug there is no real regulation on its distribution. With a lack of long-term studies it would be better to avoid spending money on a supplement that may just make you ill for the time being. With future research and the correct administration this may be a useful supplement for things beyond appetite suppression – such as treating diabetes or providing a useful energy boost for athletes.

Until then, you’re better off not wasting your money. And it’s always more advisable to address the causes of your eating anyway rather than just trying to suppress your appetite.