According to the web, there are countless different ways you can lose weight, any of which will be twenty times more effective than what the other guys are pedalling. There are countless diets, countless workouts and numerous magical supplements which all promise the same effects. 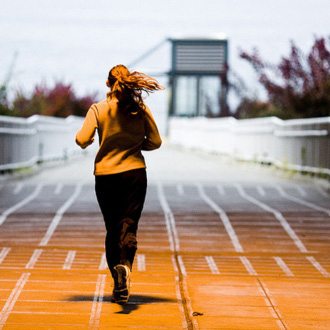 One such magic pill/silver bullet that you might come across is ‘fasted cardio’. Like many other weight loss solutions, this one has plenty of advocates and just as many detractors but it seems to make sense in theory when you look at it on paper. So what’s the real story? Is this really the ‘one technique that works™’? Or is it just another empty promise that will leave you empty handed?

As mentioned, fasted cardio is a weight loss technique that actually appears particularly logical on the face of it. The simple idea is that you train first thing in the morning before breakfast, with the theory going that this will force your body to dig into fat stores for energy. Normally when we exercise, our muscles use energy stored in our blood and the muscles themselves and this mitigates the amount of fat we lose. But when you wake up first thing in the morning, you don’t have as much available blood sugar because you’ve essentially been ‘fasting’ throughout the night (in other words, you haven’t eaten for a good eight hours).

At the same time, you will also be in your most catabolic state during this time, meaning your body is eager to burn fat and provide you with energy upon waking. This means heightened levels of noradrenaline with lowered insulin and a generally ‘amped up’ state of being (you can enhance these effects further by taking a cold shower).

As soon as you start eating – particularly carbohydrates – you spike your blood sugar levels and that leads to weight gain. Training first thing lets you make the most of having the tank run on ’empty’ in the meantime. Actually the mechanism is quite similar to using HIIT (high intensity interval training) which uses bursts of sprinting in order to put your body in an anaerobic state (meaning you’re going too fast for the body to burn fat for energy) and thus reduce blood sugar so that you will subsequently be forced to burn fat stores (read it over a couple of times and it kind of makes sense…). This also triggers the release of numerous anabolic hormones such as testosterone and growth hormone.

What does the research have to say about this? Well, some promising studies show that exercise before breakfast could lead to 20% more fat burned than exercise after breakfast (here’s the study).

One article on bodybuilding.com argues that HIIT is probably superior to fasted cardio as studies have shown it to increase metabolism subsequently throughout the day. In other words it puts you in a better fat burning mode for the following 24 hours, which is probably the more important factor (see here). Really though, this is a mistaken view. Not only is it highly possible that fasted cardio could be every bit as effective for changing the metabolism over the subsequent 24 hours, but there’s also no reason not to use both methods together. In other words, why not use HIIT training prior to breakfast?

As with all these tricks for rapid fat loss though, there is more to this story and it’s not all hunky-dory. For starters, putting your body in this fat specific burning state is going to increase the likelihood of it burning muscle for energy too. If you’re trying to build muscle while stripping away fat then, this could actually be detrimental to your objectives.

Fortunately there are a couple of ways you can mitigate this effect: for starters by consuming some form of slow-release protein before heading to be the night before (such as a casein protein shake), and at the same time by involving resistance work in your cardio. In other words if the cardiovascular exercise also requires you to strain your muscles – as with ‘battle ropes’ for example – then you will find that this is protective against muscle degradation.

Another drawback is that you will have low energy this early in the morning and without much blood sugar. While this might be the ‘point’ in terms of fat burning, it could also lead to a lesser workout meaning that you don’t train for as long or as hard. It could also lead to you feeling a little sick, but this is likely to be a matter of personal preference.

So what’s the official word on fasted cardio? There isn’t one. It has benefits and drawbacks and will probably prove more useful for some than others. The best course of action is to try it yourself, measure your results and make your own mind up!