If you want to build the kind of strength that will intimidate and impress, then you need look no further than the world of bodybuilding. This is a community and discipline that is filled with gigantic beasts of men, most of whom are all-too happy to share their secrets when it comes to disclosing precisely how they built such a massive amount of strength and power. 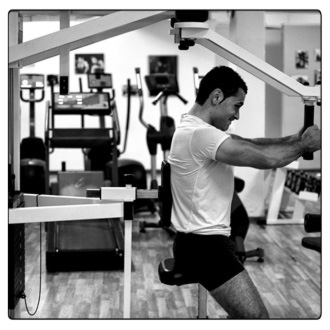 And largely what these secrets consist of is techniques that can be used to help make workouts more intense such that more microtears are created in the muscles leading to more subsequent growth and strength gains.

Some of these techniques are better known than others though, and one of the most powerful but lesser-known is the incredible ‘mechanical drop set’. Let’s take a look at how this technique can push you far beyond your usual limits leading to incredibly rapid muscle development.

What Are Mechanical Drop Sets?

The easiest way to explain mechanical drop sets is to start by explaining regular drop sets so that you can compare the two.

For those who aren’t familiar with the concept, a drop set involves dropping down to an easier weight at the end of a set in order to allow yourself to perform more repetitions. For instance then, you might perform 8 barbell curls with 30kg and be unable to do any more, then move straight on to do 5 more with 20kg. If you’re feeling particularly masochistic you can carry on to repeat the process with 15kg, 10kg and 5kg until the point where you’re barely able to lift even the lightest weight. What this allows you to do is to keep pushing past the point where your muscles have given up, thus forcing your body to recruit every last muscle fibre ensuring the maximum possible microtears and subsequent hypertrophy. At the same time the high number of repetitions will increase your time under tension and will even force blood to pool in the muscles triggering a more growth hormone response (this is almost a natural form of occlusion training that doesn’t involve the ill-advised action of wrapping a tourniquet around your arm). Variations on the drop set include the ‘pyramid set’ in which you start light, increase the weight, and then drop back down again. This is particularly harsh but great for varying the load and the cadence of your training.

So that’s the regular drop set, how is the mechanical drop set any different? Well essentially a mechanical drop set means that the weight stays the same, but you instead move into an easier variation of the same movement. So for instance, you might perform your 8 barbell curls with 30kg, and then switch to doing drag curls which are a slightly ‘easier’ form of curl when you’re tired. Likewise you might move straight from dumbbell curls to hammer curls. Or in this case you could go from dumbbell curls, to hammer curls, to drag curls.

Why They’re so Great

What’s great about mechanical drop sets is that they allow you to move straight into a new movement without even needing to change the weight. Swapping weights is actually quite a time consuming process that involves loading up weights plates unless you happen to have lots of weights lying around in which case you take up half the gym and still need to pick up those weights from the ground thus wasting time and losing burn.

Conversely, performing mechanical drop sets allows you to move directly into the next workout with no pause at all. As you’ll often design these workouts to utilise the same equipment that means you can get a huge workout while effectively just standing in one place. That’s an efficient way to train.

As an added bonus, using mechanical drop sets still allows you to push past failure, but it also allows you to make sure that you are training the entire of the muscle, varying the angles of the resistance and involving any smaller supporting muscles in the process. This leads to great functional strength and a very well rounded physique (as well as greater hormone response).

Finally, another added bonus is that mechanical drop sets work with bodyweight training. If you are working out currently at home using moves like press ups and sit ups then you might be struggling to make the training challenging enough to stimulate growth. Using mechanical drop sets though will allow you to push past failure by going straight from clapping press ups, to decline press ups, to press ups for instance. Another option is to increase the ‘lever arm’ of your press ups. For instance you can make press ups increasingly more difficult by moving your arms forward or back from the usual position. This increases the amount of resistance you face because you have lengthened and altered the angle of the strain. Because this can be done incrementally, you can theoretically increase or decrease the difficulty of press ups with each rep on the fly.

This way you can increase the intensity and the time under tension. You can even use this method of training and mix up your bodyweight exercises with your weight training.

There are a few other variations on mechanical drop sets that can be worked into a regular routine as well. For instance, ‘cheats’ are repetitions that you perform while letting your momentum help you lift the weight. You might do this for example by swinging your body in order to help yourself curl a dumbbell, or by ‘bouncing’ to help press a bar over your head. Essentially this makes the exercise slightly less isolated (meaning it targets a single muscle group) which in turn enables you to give the targeted muscles a slight break from the direct assault. This makes the movement slightly easier once you have fatigued the primary workers and in turn that lets you pump out more reps. As it’s the movement that has changed though, you could still consider a cheat to be a form of ‘mechanical’ drop set.

Another option is to use ‘burns’. Burns are repetitions that you perform that involve just a fraction of the movement. In other words, you perform as many reps as you possibly can, and then when you are at the end of your capabilities, you complete just as much of the movement as you can. Instead of curling 90 degrees for instance, you could just curl 30 degrees and eventually 10 degrees. This is a brilliant way to finish a set as you will really be using up every last bit of strength you have in the chosen muscles.

How to Make Mechanical Drop Sets Work for You

To really make mechanical drop sets work for you, you want to come up with masochistic sequences of exercises that allow you to keep going and to keep training the same muscle group, so that you cause more and more damage over time to the point where you have activated every last fibre in those muscles. When you string more than two exercises together into a single set, this is called either a ‘giant set’ or a complex. Both allow you to increase the intensity of a workout to the point where three sets can essentially count as an entire workout.

Give it a go and see for yourself just how quickly you can get a full workout in for any given body part!