Those with any interest in psychology will be familiar with the idea of ‘evolutionary’ psychology. This is basically a set of theories that describes our behaviour in terms of evolution and survival value – if a particular behaviour or trait helped us to survive in the wild, then it would have been selected for by natural selection and would have persisted. Those ‘maladaptive’ traits meanwhile would gradually die out.

While there is some debate regarding particular evolutionary explanations of human behaviour, one area where it is particularly reliable is in describing sexual behaviour. Seeing as sex is the main ‘agent’ of evolution in many ways, our sexual preferences and behaviours are usually very easy to predict based on what we know of evolution. 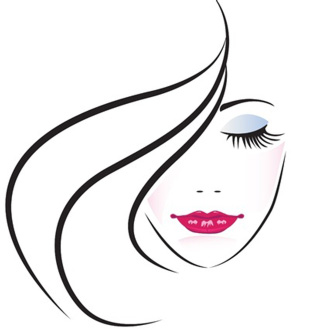 So with that in mind then, what does evolutionary psychology have to say about makeup? Seeing as women would have been unlikely to wear much lipstick back when we were still going by names like ‘Urg’.

There are many theories as to why men like women who wear makeup, but some are more effective than others in attempting to explain the connection.

In one study by Richard Russell (2009) (here), it was found that men found women more attractive who had more contrast in their faces: meaning redder lips, against darker hair and perhaps paler skin. The explanation for this is that contrast a) made women look more feminine and b) made them look younger. Younger women are more likely to have redder lips owing to better circulation, while women are generally paler and demonstrate more contrast. By using makeup women can increase the amount of contrast in their faces and thus increase their apparent femininity, youth and health.

There is another advantage to contrast in the face as well, which is that it makes the features stand out more over a long distance. This in turn means a woman can better catch the eye of a man, even across a room.

Makeup can also be used to make women look healthier in other ways too. For instance concealer and foundation can help women’s skin to look less blemished, thereby creating an impression of a more even skin tone which is once again indicative of better circulation.

At the same time, using makeup can also increase the apparent symmetry in the face of women. By hiding blemishes and using contouring techniques etc., women are able to remove asymmetrical features or at least hide them. This in turn suggests better genetic health, as unconsciously we presume asymmetry to be indicative of an inability of the cells to make exact copies when reproducing via mitosis.

Wearing lipstick and nail varnish also draws men’s eyes to the lips and the hands. These are both areas of the face and body that we consider as being intimate and sensual, and as such drawing attention there can help to make men more aroused.

At the same time, drawing attention to specific features can also draw attention away from other features. If a woman is less confident about her eyes, she can use lipstick to focus attention on her lips instead – and vice versa. This way a woman can show off her best features in order to increase her apparent attractiveness.

There is also a theory that makeup may make women appear more aroused and more ready for intercourse. When aroused, our pupils will dilate making our eyes look bigger, and blood will rush to our lips making them look redder. This can be taken as a sign by the male that the woman is interested in intercourse, which in turn makes her appear more attractive.

There is even a theory that lipstick is designed to make the lips appear more like the labia – which also redden as a woman becomes more aroused.

Interestingly, the choice of colour might also work on an even more basic level: that is to say that the colour red on its own may be somewhat rousing to men (here is the study). In this study, women simply wearing the colour red or using it in makeup versus other colours would result in them being rated as more attractive. This may again be related to fertility, blood flow and arousal: as the colour red is used to attract males in other species of primates too. This could even be the basis for the association held between the colour red and romance.

It’s also interesting to note that the colour red has an excitatory effect and can raise heart rate and blood pressure even in a non-sexual context.

There’s also another social of psychology that may have something to say on the matter – which is social psychology. Social psychology looks at how our social environment affects our thoughts and preferences, and it’s easy to see how makeup could come to be associated with femininity and attractiveness. These days the media shows us many images of attractive women, and many of them are depicted wearing makeup. It’s not surprising then that an association may have formed.

Wearing makeup could also be seen as a way for women to communicate to men that they are interested in finding a partner. They have made themselves look attractive for men (or at least that is the assumption) and men in turn respond because they like the idea that the woman wants to look good for them.

Finally it could just be that wearing a bold red lipstick or dark eye-shadow demonstrates confidence. As the woman isn’t afraid to stand out and draw attention to herself this suggests that she must be confident in the way she looks and not shy of attention. Ultimately confidence is one of the things that both genders are most attracted to, and if you can carry yourself with confidence then you will pretty much be certain that people will find you attractive.