The Ebola Virus is big news at the moment and is currently causing a huge panic in the media, enough perhaps to get the general public somewhat worried. What is this virus? What are the causes? And are we at risk? Read on to find out everything you need to know about Ebola. 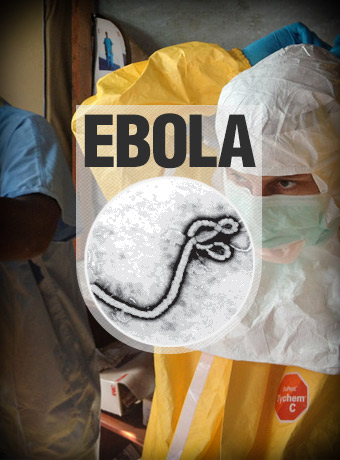 Ebola, technically known as ‘Ebola Virus Disease’ (EVD) or ‘Ebola Hemorrhagic Fever’ (EHF), is a disease affecting humans and other mammals. It is caused by the ‘ebolavirus’ and is currently spreading throughout West Africa predominantly, though patients have now been discovered elsewhere. The first US patient was a nurse who was found to have contracted the illness in September in Dallas, Texas after treating an infected patient. At the moment, Ebola kills roughly 7 out of 10 patients who get infected, though this statistic is somewhat elevated by complications – such as families in Africa not wanting to hand their loved ones over for treatment.

While Ebola is big in the news today, it was actually discovered as early as 1976 on the banks of the Ebola River. Smaller outbreaks have already occurred most years since then prior to 2014, but this is the worst one so far. It is thought that the virus actually originated in bats.

What Makes Ebola so Dangerous?

Ebola is highly aggressive and is very efficient in attacking our bodies and starts by first shutting down the immune system. Symptoms can start anywhere from two days to three weeks after the virus is contracted, but from there most patients will die within five-sixteen days. There is a 70% fatality rate overall.

Perhaps what makes Ebola most dangerous though, is its rapid transmission. The virus can be acquired via contact with the blood or any other bodily fluids. While air-born transmission has not been observed, it can be carried by fruit bats and spread that way.

The case of the Texas nurse who contracted Ebola does call this into question somewhat however. Precautions were taken to avoid her coming into contact with the patient’s bodily fluids, though it’s possible it was contracted while she removed her hazmat suit.

Symptoms of Ebola tend to start with fever, sore throat, muscle ache, headaches and lethargy. From there, these will develop typically into vomiting, diarrhea and the emergence of a rash. Function of the liver and kidneys will then be affected at which point patients might begin bleeding internally and externally.

Am I Going to Get Ebola?

Fortunately, while this might all sound quite scary, we are for now mostly safe from the disease in the developed world. If you live in the US then you are statistically very unlikely to be at risk and many monitoring and quarantine systems have been brought in to avoid this changing soon. Furthermore, as you’d have to come into contact with bodily fluid in order to contract the virus, it’s unlikely you could get it from a stranger.

More people still die of the flu each year than Ebola, and there are many other more serious conditions to spend our time worrying about. Ebola is definitely a concern and one that needs to be addressed, but for now, you probably have nothing to worry about.