Stress has long been known to increase blood pressure and heart rate and a link between stress and these symptoms is well established.

However, what is less well known is that stress can also lead to increased cholesterol. Nevertheless, there appears to be a correlation and there are a few potential theories as to why this may be the case.

Understanding the Connection Between Stress and Cholesterol 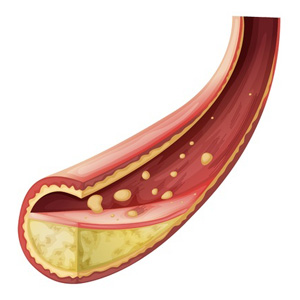 What isn’t as well known or as clear cut is precisely why this might be the case. Theoretically there is no clear reason why cholesterol would increase along with stress, though there are some interesting theories.

One such theory is that stress hormones increase the fuel available to the body by flooding it with glucose while at the same time inhibiting insulin production. This then prevents cortisol from being stored and instead encourages it to be used immediately.

But if this energy isn’t used because we aren’t physically active (as is often the case when faced with modern stressors such as bosses – you can’t ‘outrun’ an office meeting) then it may build up eventually leading to the formation of fat tissues and eventually cholesterol in the veins and arteries.

Another issue is that stress increases inflammation by encouraging the production of pro-inflammatory cytokines.

With any correlation it’s important to recognize that the relationship might not be precise cause-and-effect but rather an indirect connection or cascading series of effects.

In this case, it’s possible that stress and cholesterol are mediated by lifestyle choices. Stress can often lead to bad lifestyle choices which include inactivity, smoking, poor eating habits and more. In other words, someone who is very stressed may be engaging in other activities that lead to worsened cholesterol.

Whatever the explanation, it’s important to recognize that this is yet another negative side effect of stress. Stress and cholesterol often go hand in hand, so if you suffer from bad cholesterol you should take extra effort in trying to avoid stressors.