You may have heard of gluten-free foods or see them on the shelves in your local Supermarket. You may even know someone with a gluten intolerance who is forced to eat nothing but those foods because they have problems handling them. But do you actually know what gluten is? And should you be eating a gluten free diet?

What Gluten Is Made Of

Essentially gluten is made from two proteins that are currently found in grains like wheat, barley and rye. The proteins are gliadin and glutenin, and when they combine they become gluten – a substance that nourishes plants and makes them chewy and stretchy. 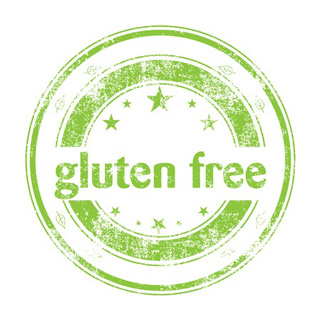 For most people there is no need to cut gluten out of the diet. There are no studies showing that cutting it out of your diet will either help or hinder your overall health. Despite this fact, many people continue to blame gluten for all of the world’s evils and ‘gluten free’ has become something of a health fad. As you can image, the companies that develop the gluten-free food are rather happy about this…

The issue though is for those with celiac disease (and if you had ever had celiac disease then you wouldn’t ‘play’ the gluten intolerance act). This is a condition affecting digestion, in which the immune system sees gluten as a toxin (which is the basic mechanism of most allergies). This is different from a regular allergy though and over time can lead to damage affecting the lining of the small intestine, getting rid of the villi or damaging them. As it’s the job of the villi to trap nutrients and help them be absorbed by the bloodstream, this then means that the nutritional value of the food is lost and the sufferer ends up with nutrient deficiencies. Doctors often explain this by using an open hand and a fist to demonstrate stomachs with and without their villi. Try picking up something to eat with a fist, and you know how the stomach of a celiac feels.

What’s concerning about celiac disease is that it doesn’t always cause an immediate and noticeable reaction like some other allergies or intolerances, but rather triggers gradual effects that lead to tiredness, a weakened immune system, damaged hair, washed out skin and other issues. In other cases celiac disease can have more obvious symptoms (such as stomach cramps, gas and IBS), but these can vary from person to person again leading to common misdiagnosis. Symptoms can include:

• Dermatitis herpetiformis (a blistering rash normally found on the elbows, knees or buttocks)

Thus many people will suffer from celiac disease and not realise it. Even doctors can sometimes miss it as the cause and may instead suggest that the patient is suffering with a tiredness condition like ME. If you don’t feel healthy and you’re struggling to find a cause, then it may be worth trying to cut gluten out of your diet. And this is especially true if a family member suffers from the problem as there is a strong genetic component.

Note that it is possible to develop a gluten allergy as a result of stress, pregnancy or surgery. Just because you’ve been able to eat gluten in the past, that doesn’t mean it might not be affecting you now.

Others will experience slightly different issues when eating gluten that aren’t a result of celiac disease. ‘Non-Celiac Gluten Sensitivity’ causes cramps, diarrhoea and bloating when you consume foods containing gluten and may damage energy levels etc. This is quite a controversial topic however, with the prevalence, severity and even existence of gluten sensitivity being hotly debated. Interestingly, it may be that gluten insensitivity isn’t caused by the gluten directly, but rather from certain carbohydrates that are difficult to digest called ‘FODMAPs’.

In either case, if you suffer symptoms similar to either condition it is worth trying to cut gluten out of your diet and observe the results. It might just be that you feel healthier and more energetic than ever before. For everyone else? There’s no need to spend more on costly ‘gluten free products’ if you don’t have any diagnosable condition.