Witch hazel cream comes from leaves of hamamelis virginiana, commonly known as the witch-hazel shrub. Historically used by the Native Americans, it’s also something of a god-send for Mums who use it to help treat all manner of ailments.

And as is so often the case, it turns out that Mum knows best! Witch hazel is indeed some of a panacea when it comes to rashes, blemishes, spots, burns and more. Here are just a few reasons to keep some around the house… 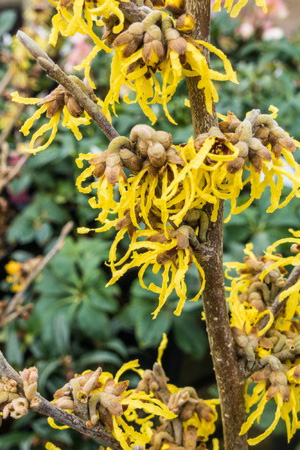 Witch hazel contains anti-itching properties as well as anti-inflammatory compounds which both help to reduce swelling and sooth pain associated with bites and stings.

Likewise, witch hazel is also commonly used on sores, bruises and other external causes of swelling.

Added to some Aloe Vera, witch hazel can help to do wonders for sunburn. Here, the anti-inflammatory properties help to aid the healing and soothe the discomfort. It may also help to prevent peeling!

Many people use witch hazel in order to combat spots and other blemishes. If you have a particularly angry looking spot, boil or other facial blemish, then applying a little witch hazel to the area overnight can help.

Bags Under the Eyes

While it sounds a little strange, many people will use the hemorrhoid cream Preparation H® under their eyes in order to tighten the skin and reduce bagginess. Believe it or not, this can actually be effective and as some of the same ingredients are in witch hazel, this can help too!

And so it follows that witch hazel might also be useful in soothing and treating external hemorrhoids. It’s not quite as effective as a dedicated treatment but if it’s all you have around the house, it can certainly be some relief and reduce itchiness. It works well when mixed with glycerine and petroleum jelly to help seal up the bleeding.

If you have any kind of rash caused by coming into contact with a leaf or nettle, then applying witch hazel should provide soothing and calming benefits and help to relieve discomfort.

Varicose veins can also reportedly be aided with witch hazel. Soak some cloths in witch hazel and then drape them over your legs. It should reduce pain and swelling temporarily after a hard day on your feet.