Lycopodium Clavatum is a plant that also goes by the names ‘wolf’s-foot clubmoss’ and ‘stag’s-horn clubmoss’. It has a pale yellow pollen used to create lycopodium and treat a wide number of conditions. Specifically, it is used to treat urinary tract infections, flatulence, impotence, eczema, gout, fevers, mumps and more.

It’s just a shame that it is completely ineffectual… 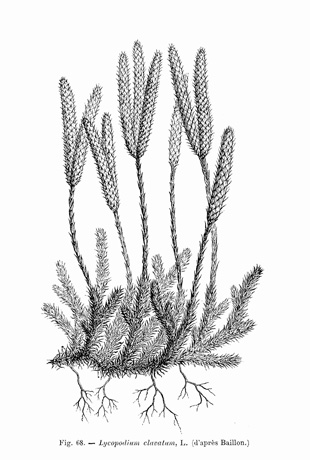 Lycopodium is a popular homeopathic remedy, which should right away tell you everything you need to know about it. Homeopathy is an entire school of natural medicine that is founded on unproven and mistaken ideas.

The central concept of homeopathy is that illnesses and ailments should be treated with substances that cause those same symptoms. Got a rash? Then consuming something that causes rashes should, by this logic, help. The hope is that the body will fight the symptoms of the substance and in doing so, fight the other condition at the same time.

This is already an entirely mistaken premise. Apart from anything else, the causes of two rashes can be completely unrelated as can any other symptoms that may appear similar. Moreover, worsening the symptoms of an illness is of course dangerous and more likely to make you worse or potentially be quite dangerous.

Homeopaths recognized this themselves which is why they began diluting the substances they gave to their patients in order to remove the harmful properties. They dilute the ingredients so much however, that they are rendered completely inert. In most cases, the active agent is actually entirely absent from the ‘treatment’ which is nothing more than water with some sugar and alcohol. Homeopaths argue that the ‘life force’ of the substance is transferred to the water but there is zero evidence for any such life force existing.

Homeopathic remedies have been proven ineffective countless times and the UK’s NHS is now considering blacklisting them as a result. The NHS sees these substances as a waste of money – and so should patients.

If you take lycopodium, then likely you’re actually just taking water. If the substance does contain microscopic amounts of lycopodium, then you shouldn’t expect it to have any benefits for the body and it certainly won’t treat the laundry list of random ailments that homeopaths claim it does. Be smart, look elsewhere.