If you read up on essential oils, you’ll no doubt find that they claim to cure just about everything. Essential oils can cure your migraines, your depression, your acne, your stress… you name it, there’s an oil you can sniff, rub in or burn in order to overcome that ailment!

And whenever you come across something like this, especially a so called ‘natural remedy’, it always pays to be sceptical. Everyone is quick to judge big pharma for trying to make money from pushing products, but at least those products have been scientifically backed! That blogger selling you their special seaweed… they’re making money too. In fact, they’re making a lot more money because they only have to go to their back garden to pick the stuff… 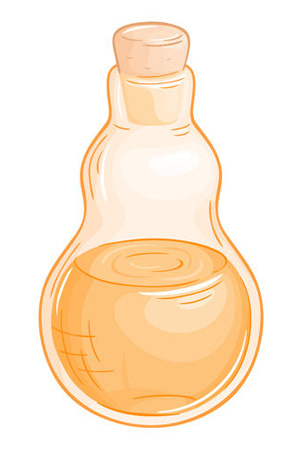 But essential oils seem a little different from ‘healing crystals’ and homeopathy in as much as the science sounds reasonable. And they’ve been around for so long and used in so many capacities that it’s hard to imagine them having no effect at all…

So, do they really work?

What Are Essential Oils?

Let’s start by looking at what essential oils actually are. Specifically, these are the oils that come from plants (often herbs) and which have been extracted using distillation or expression. The oil contains the aromatic and chemical properties of said plant – in other words, it’s plant sweat…

And this is a good start. We know that plants can have an impact on the nervous system and that they can be psychoactive and this is often due to the oils – so it stands to reason that inhaling them or rubbing them into the skin might have some kind of effect.

As it happens, essential oils do contain various molecules that might impact the body. These include: terpins, esters, oxides, alcohols, phenols, ketones and aldehydes. For example, lavender oil contains acetate (roughly 40%) which is anti-inflammatory, sedative and antibacterial. In theory, this might make it effective at easing skin concerns.

It’s also worth noting that smell in itself can have an impact on our mood and is closely linked with memory. It’s claimed that essential oils can directly impact the limbic system when we smell them but even if that isn’t the case, repeatedly using an oil like frankincense during meditation could be enough to eventually create an association. In turn, this may mean that the smell alone would be enough to make you feel relaxed and calm!

So in theory, there’s certainly a possible good mechanism of action there. But do they really work under scrutiny?

There are a number of studies that show the positive effects that essential oils can have when used for aromatherapy. They have been shown to effectively modulate the sympathetic nervous system (responsible for the stress response) in adults and they have also been shown to be effective in treating depression and improving sleep! (1, 2, 3). Likewise, essential oils really do contain anti-inflammatory and anti-bacterial properties. Menthol and eucalyptus meanwhile can work as decongestants. And when consumed, essential oils might also have a number of additional benefits.

So it’s good news so far!

But there are a few caveats, as always, to also keep in mind.

For starters, there are an awful lot of claims regarding the effectiveness of essential oils for treating all kinds of things. Of course not all of these claims can be true and some of them are rather concerning to say the least.

For example, you should steer very clear of any oil that claims to cure incurable diseases (like asthma or arthritis) and you should also be wary of any claims regarding ‘detoxification’. In fact, you should consider detoxification to be a dirty word when it comes to health products; it’s never clear exactly what product manufacturers mean when they use this expression and there is zero scientific evidence to suggest that we even need ‘detoxing’.

There are also a lot of worrying claims about essential oils containing the ‘life force’ of the plants they’re from etc. If you choose to believe this, then that’s up to you but it should go without saying that it isn’t backed by any science (meaning that researchers have tried to find evidence for it and have not managed).

It’s also not true that essential oils are necessarily free from side effects. In fact, some oils can be very damaging if ingested or even when applied directly to the skin. Certain oils will need to be mixed with a ‘carrier’ oil, while others are simply not fit for human consumption. It’s also important to ensure that you take the time to carefully research the oil you’re going to use to make sure it actually does do what you hope it to and that there’s evidence out there to support it.

And perhaps most important is just to recognize that just because oils work, that doesn’t mean they should be used for everything. And it certainly doesn’t mean they should be used in place of traditional medicine. In other words: take what your doctor has prescribed you. Consider oils a useful therapeutic aid and recognize that on the whole, the effects they exert are very mild.