Eggplant (also known as aubergine in the UK) is one of the stranger looking vegetables you’ll find at your local supermarket but don’t let that fool you! That purple exterior is actually hiding a host of nutritional benefits that should appeal to anyone looking to boost their health and lose some weight.

First of all, eggplant offers a smorgasbord of different vitamins and minerals. As well as being a great source of fiber, it also contains large amounts of vitamin A (in its beta-carotene form), vitamin B, folate, vitamin C, potassium, magnesium, calcium, phosphorous and more. It’s the vitamin A that’s in the highest concentrations here though, meaning you can expect to benefit from improved eyesight and mitochondrial function if you get enough eggplant in your diet. 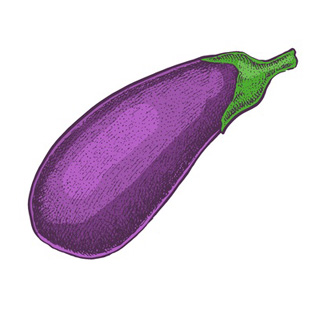 Moreover, eggplant is also particularly low in calories as it contains no fat. There are only 27 calories in a 1-cup serving, which makes this an especially nutrient dense source of food for the calories.

Eggplant also has a few other tricks up its sleeves. For instance, it contains large amounts of nasunin which has antiangiogenic properties. This means that it can prevent the excess growth of blood vessels and thereby potentially prevent cancerous cells from increasing their own blood supply. Nasunin is also an antioxidant, meaning that it can prevent oxidative damage to the cells and slow the visible signs of ageing. This component is found primarily in the peel of the eggplant, so make sure not to peel it if you intend on getting all the benefits!

Another antioxidant found in eggplant is chlorogenic acid. Once again, this has some additional benefits too owing to its antimutagenic properties. This means that it can prevent cells from mutating into cancer cells. It’s also anti-viral and able to reduce LDL cholesterol (that’s the bad kind!).

So find yourself a good recipe for moussaka and get cooking up some eggplant! As an added bonus, it’s also kind of delicious when used in the right meals…