Colloidal silver is a mineral that is often promoted for numerous health effects. Despite this though, it actually has no known function in humans and is not an essential mineral. In fact, it is actually highly unsafe and as such, the FDA ruled against its sale. Medical products containing colloidal silver are now considered misbranded and should be avoided. There are cheaper and safer products available.

Despite concerns, colloidal silver remains on sale in the form of dietary supplements and homeopathic remedies (an entire category of supplements that categorically do not do as advertised). It’s even possible to find instructions online for ‘generators’ that will produce colloidal silver for home use.

The main health claim surrounding colloidal silver is that it can be used to treat yeast infections, bacterial infections and viruses. As with many mismarketed products then, colloidal silver is positioned as something of a panacea that can treat everything from lung conditions like emphysema, to stomach ulcers, to cancer. Chronic fatigue syndrome, tonsillitis, arthritis, gum disease, Lyme’s disease and more are all also targeted. It is also sometimes applied to the skin to treat acne and burns, while women will use it during pregnancy to aid the baby’s growth.

These beliefs stem from the idea that colloidal silver can bind to certain proteins and thereby kill of specific types of bacteria.

Side Effects and Dangers

Apart from being ineffective, colloidal silver also carries numerous severe health risks. When taken orally, applied topically or injected intravenously, it can leave deposits in the vital organs and other parts of the body. This can then lead to an irreversible skin discoloration starting with the gums with a blueish hue. It does this by stimulating melanin production. It can also cause serious damage to the organs that it affects.

Colloidal silver is also particularly dangerous for pregnant women and breastfeeding mothers. Research has linked it to abnormal development of the face, ear and neck in children as well as the blue discoloration mentioned previously. 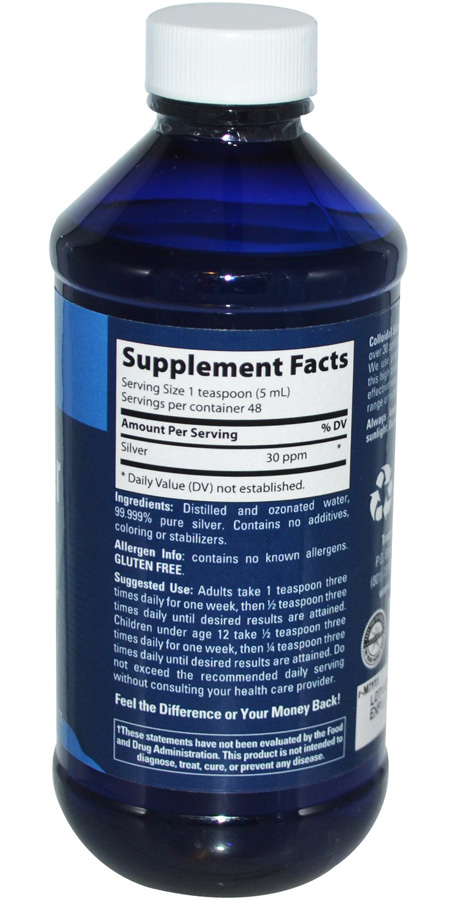 It is crucial to avoid colloidal silver not only to prevent the many negative health effects but also to prevent the immoral production of ‘health products’ that fail to work as advertised and damage the health of customers.