Many people dread the onset of middle age, seeing nothing ahead but a slow decline. “I am at the top of the hill,” they think, “and the only way is down.” And this negative view of middle age is constantly reinforced by everything from TV adverts to birthday cards. But there is more to middle age than receding hairlines, declining libido, and crippling mortgages. Approached in the right spirit, it can be a golden period of your life. 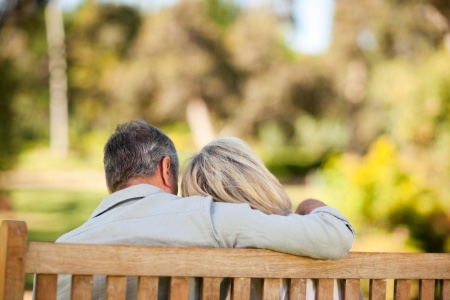 If you are dreading middle age, take some comfort from the following:

It isn’t what it used to be

Many people now approaching middle age recall the decline and suffering of their grandparents and imagine the same is in store for them. But a medical revolution is under way. Regenerative medicine has established itself as a serious and respectable new field, while great strides are being made in everything from stem cell therapy and medical nanotechnology, to genomics and immunotherapy. And this medical revolution can be applied to many problems associated with the mid-life crisis. Hair loss, for example, can now be slowed and even reversed, while viagra and other drugs can treat erectile dysfunction.

The ageing process is better understood

Until relatively recently, ageing was accepted as inevitable and the lifespan considered more or less fixed. Those who argued that ageing could be halted, or even reversed, were dismissed as cranks and charlatans. But this is no longer true. People as respected as Peter Thiel, co-founder of PayPal, strongly support research in this area. And they are not alone. In 2013, Google Inc. established the multi-million dollar research and biotech company Calico to develop technologies which could extend lifespans. The belief that ageing can be dramatically slowed is now mainstream. Many disagree about how and when it will happen, but most accept that greatly extended lifespans are coming.

At last you can be yourself

Finally, you can stop pretending to like things that bore you. The English poet Philip Larkin once wrote that “attention passes always to the young.” Larkin bitterly resented this, but it can also be a tremendous liberation. For example, people no longer notice what you wear. If you find modern bands tedious and prefer folk music, you no longer have to keep it a shameful secret. And best of all, you feel empowered to refuse the company of those you dislike. In youth, nothing matters more than fitting in. But for many, this means self-betrayal.

You will value substance over style

Older generations often complain that the young are dull, with nothing interesting to say. Of course, this is not always the case, but there is some truth to the accusation. In your teens and early twenties, style matters more than substance. How you look is more important than what you have to say. In middle age, you begin to value character and personality more. Such a change brings enormous benefits. Relationships of all kinds, from passionate love affairs to casual friendships, grow deeper and more authentic.

You will truly value the life of the mind

A cliche it may be, but education really is wasted on the young. Many young people are far too preoccupied with sex, fashion, and parties to truly enjoy their studies. For others, education is a means to an end. They need certain qualifications in order to gain a foothold on the career ladder, buy a house, and so on. In middle age, you can appreciate knowledge for its own sake.

You will become more humble

In childhood and adolescence, you are at the centre of your parents’ and grandparents’ world. Adults continually ask you what you plan to do, which college you hope to attend, which career you hope to pursue, and endless other questions. As you reach your 40s and 50s, the spotlight moves to the younger generation. Middle aged people often complain that they now feel irrelevant: a bank and taxi driver to their children, a carer to their parents, a drone at work. But this change can also be a liberation. Do not cling to the ego. Embrace this new sense of insignificance. Have you ever met a cancer survivor and been impressed by their joyful, life-loving attitude? The ambitions and goals of youth now seem irrelevant to them. Simply being alive is enough.

The midlife crisis often leads people to far more serious acts than dyeing their hair and buying a motorbike. Affairs, depression, and alcoholism are common reactions. Even more worrying, in 2013 a quarter of suicides recorded in the UK were committed by men aged between 45 and 59. If middle age is something you are dreading, keep the above points in mind.