Boils are not a pleasant topic, but it is something that most of us will experience at some point in our lives. This article will show how you can cure your boils naturally by using inexpensive natural remedies.

What is a boil? Another name used to describe a boil is a skin abscess, but basically it’s just an infection deep in the skin. I like to describe a boil as being a really big zit because that’s what it looks like. Below are several different types of boils:

Cystic acne — An abscess that forms when the oil ducts become infected or clogged. This type of boil is found mostly on the face and primarily effects teenagers.

Furuncle or carbuncle — An abscess of the skin caused by Staphylococcus aureus. This type of boil may cause a fever or chills.

Pilonidal cyst — This abscess is usually found in the crease of the buttocks. People who sit a lot or travel over long distances, like a truck driver, are more prone to getting this kind of boil.

Hidradenitis suppurativa — This is when you have multiple boils that form in the arm pits and groin area and are associated with the sweat glands.

Why Do We Get Boils?

The most common cause is believed to be clogged sweat glands or hair follicles that become infected. It is also possible for a scratch or any other break in the skin to become infected and turn into a boil. Believe it or not, an ingrown hair can cause a boil. People with compromised or suppressed immune systems are more likely to get boils. That includes people with diabetes. Medications can also suppress the immune system — especially cortisone, prednisone, prednisolone and medications used by cancer patients.

How to Cure Boils Naturally?

If you have been searching the Internet for information on how to cure boils, you probably found that most Websites recommend that you go to your doctor and be put on antibiotics. I think that’s a bit radical when most boils can be effectively cured at home. If, however, after you have tried to cure the boil yourself, but it doesn’t work, then go to your doctor immediately. Below are three natural cures you can try: 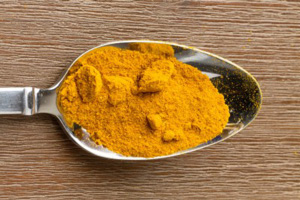 Turmeric — Turmeric taken internally can help dissolve and heal boils in as little as three days. It has anti-inflammatory and blood purifying effects on the body. Just take one teaspoon of turmeric powder in warm water three times a day or buy turmeric in capsule form and take at least 450 mg each day. You can also make a paste out of the turmeric powder and place it directly on the boil and cover it with gauze. Be careful as turmeric can stain your skin and your clothes. The stain on your skin will go away in about two weeks.

Tea Tree Oil — Tea tree oil is a natural antiseptic that is able to help in the healing of all kinds of skin problems. All you have to do is apply one drop of tea tree oil directly on the boil each morning after bathing until it’s gone.

Castor Oil — Put some Castor oil on a cotton ball and place it on the boil. You will need to secure it with gauze or a band-aid. Castor oil will draw the poison right out of the boil and can heal it in as little as two days.

There are other remedies that I did not mention as I felt the three above were the best. Some other remedies are iodine, a paste made out of baking soda or you can take an epson salts bath.