If someone told you you could have more energy throughout the day, get more things done and have more time to spend relaxing and pursuing your interests and passions then what would you say to them? Presuming you believed them, chances are that you would probably jump at such an offer, and there are few of us who would turn down more time and energy to get more out of life. 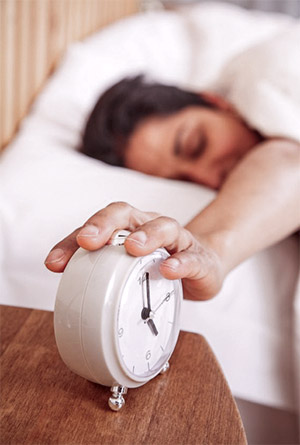 Well the good news is that there is a way to achieve all this and it’s something pretty straightforward and standard that anyone can benefit from it. The trick? Just get up on time every day. That way you’ll have more energy and be more switched on than if you close your eyes again (despite your body telling you that the opposite is true) and you’ll gain yourself at least an hour to pursue the things you enjoy.

But of course it’s easier said than done, and if you’re reading this then it’s probably because you’ve tried and failed already to be more efficient at getting up. Unfortunately for most of us, the urge to press snooze and to grab an extra five minutes sleep in the morning is an incredibly powerful one, and many of us lose the battle against it on a regular basis sleeping for an extra ten, twenty or even sixty minutes when we know we should just get up. Time to change that!

If you’re currently struggling to get out of bed in the morning then chances are that you are going through a number of thought processes prior to getting up and these thought processes probably take the form of ‘excuses’ that are convincing you to get that extra ten minutes or hour. See if any of these sound familiar:

‘I’m only going to get ten more minutes’

Of course though these thoughts are hardly conducive to leaping out of bed, so in the spirit of cognitive behavioural therapy you need to find a way to ‘overwrite’ them with new thought processes and you need to apply some logic to combat them in anticipation.

For instance then, let’s look at one reality – if you roll over and go back to sleep for ten minutes you will almost always feel worse than if you get up now. Likewise, because you will be feeling worse you will be even less likely to just get out of bed when your alarm next goes off. Another truth? Whether you get 4 hours of sleep or 4 and a half it’s not going to make any difference to your wakefulness or your productivity, and actually we are perfectly capable of functioning on even less than that – as long as we don’t focus on it.

The best way to change this behaviour then is to focus on the fact that you will feel worse, not better, if you climb back into bed and then try to remember how it felt the last time you overslept – not good. Surely you won’t necessarily remember these points when you wake up in the morning because you’ll be in a rather addled state, so write those statements on the wall where you can see them and that way when you wake up the first thing you’ll see is ‘YOU’LL FEEL WORSE IF YOU GO BACK TO SLEEP’ which is enough to stop you making those excuses often.

The one rumination that I listed that is valid here is that it’s cold outside, and if you’re like most people then it’s going to take a lot of willpower to get out of a snug warm bed when it’s cold and drab out there in the real world. The problem in a nutshell is that it’s much easier to stay in bed than it is to get up – particularly if you can just press ‘snooze’ on your alarm.

The solution then ideally is to make it easier to get up than to stay in bed, and even to make it tempting to get up. This means making sure it’s warm outside of the bed for instance (you can set your heater to come on hot when you wake up, and this might even make your bed seem too hot) and/or ensuring you can easily reach a dressing gown.

It’s worth trying to get up ten minutes earlier than you need to as well so that getting up isn’t a horrible rush and you can ‘come round’ by sitting up. I treat myself every morning to a coffee (my coffee machine prepares me one ready for when I get up) and I read industry news through Google Currents on my tablet. It’s a great way to start the day and it makes getting up a bit easier (and means that staying in bed means letting my coffee go cold). At the same time I also chose an alarm with no snooze button because that increases the danger of going back to sleep and means that if I want to roll over for a bit I actually need to set a whole new alarm which takes time and again – effort. Likewise you can set more alarms elsewhere in the house which you have to get up to turn off so that it simply becomes ‘not worth’ staying in bed.