Ask a random stranger if he is able to be himself and he will indignantly reply “of course.” In fact, being your own person is harder than it sounds. Indeed, many people delude themselves. 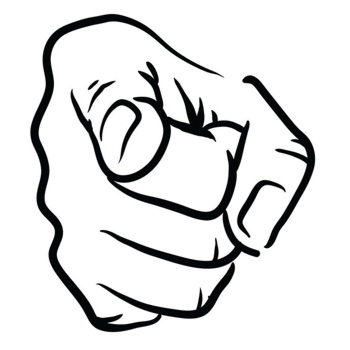 Being Defined by Others

First, do not allow others to define you. This happens all the time, often without people realizing it. Self-esteem, or “ego,” is one of our major preoccupations. Life is difficult, and we need confidence and self-esteem to get us through. Unfortunately, for many people that hinges on how they feel they compare to others. When someone resents you for buying a bigger house or securing promotion, it isn’t that they want what you’ve got (though they might). They resent you because your success diminishes them; it makes them feel worse about themselves – a lesser person. It shouldn’t, but it often does.

In an ideal world, no one would base their self-esteem on comparisons with their friends and neighbors. We should feel good about ourselves because we live a decent and honorable life. But this isn’t an ideal world. In reality, people want you to fail because it boosts their ego. You can see this at its rawest and nastiest among school kids. Think back to your early teens. Do you remember how insecure and self-conscious you were? The bullying and humiliation that often blights school life comes from this need to boost the ego. Nothing so delights a group of teenagers as the sight of another boy making a fool of himself. When he does, their own insecurity and self-consciousness disappear.

So much of day to day life is a battle for self-esteem, which is why interaction often seems fake and strained. When the mothers of teenage children meet and the first asks the second how her son got on in his exams, she probably hopes he did badly. And that is not simple spite or sadism. His failure makes her feel better about her own son and in turn about herself. One of the consequences is that people try to define one another in ways that makes them feel good. And they can be shockingly rude and callous in the process. People assess you the first time you meet. Are you more qualified? Are you richer? Have you lived a more interesting life? In other words, do you threaten my self-esteem?

They are also working out whether you possess a strong and independent mind. If they sense that you are weak, they will define you in ways that suit them. Pay attention to the things people say and you will notice this for yourself. Often, it comes in the form of a rhetorical question: “of course, you weren’t interested in education were you?” Translated, that means “I’m better educated than you.” Or someone will say of a neighbor, or even partner, “well, our families were different. We used to talk and read to one another. Her family preferred to watch TV all evening.” Again, translated this means “I am from a better, more civilized family than her.” Don’t allow people to define you in this way. Do not let them cast you in a role that suits them.

This happens even within families. And it certainly happens in groups of friends, where one finds himself cast as “the loser.” Of course, his friends make out this is affectionate and harmless, but it often isn’t. Just watch their faces when he breaks free of that role (if he marries a beautiful woman, for example, or sets up a prosperous business). And don’t try to define others in ways that suit you. Self-esteem should come from living your life in your own way, not from the failure of others.

Being your own person means being authentic. And that means living according to your own, deepest self. Instead, people play a role. So, for example, the traditional London (or “cockney”) taxi driver was supposed to be chipper and good-humored. Often, people who become taxi drivers in London will start acting out that role. Over time, they forget who they are; they have played the part for so long they don’t know how to be anything else. Behave according to how you feel, not how you ought to feel.

People also hide behind a role. Often, they do so willingly. You see this especially when they have children. Indeed, many people have children to give themselves a role they can hide behind. Maybe they felt socially awkward and outcast in their teens, could never find an enjoyable or rewarding job, etc, and so became a parent as a sort of escape. When teenage girls from poor, disadvantaged backgrounds become pregnant, they are often condemned as feckless and irresponsible. In fact, having children is an escape. Now they have a stake in society. Instead of feeling like an invisible nobody, a nothing, they have a role and an identity.

More generally, people hide behind a collective identity. In other words, they bury their individual self in something else, especially the tribe or nation. Patriotism, meaning an affection for your nation’s landscape, literature, music, etc., is perfectly natural and healthy. Nationalism is different. The nationalist can see no wrong in his country because he is his country. The identification is so complete that its failure is his failure. When his country loses a match in the football world cup, for example, he is shattered. Looked at rationally, this is madness. But he takes it as a massive blow to his self-esteem. And it isn’t just the nation. People also identify with a region, state or even city.

Begin by cultivating self-awareness. So much of what we do is unconscious. Once you know what to look out for, you may realize how inauthentic you have become. For example, do you have any hobbies or interests that you pursue on your own? Or do you always do them with your partner and friends? Do you actually enjoy these hobbies? Often, people become peacemakers. So long as those around them are happy and content, that is all they ask. So they will go ballroom dancing or mountain biking with their partner or friend just to keep them happy. They may even convince themselves that they enjoy it. In fact, this isn’t their hobby at all – it’s someone else’s.

And be conscious of the opinions you express. Again, are these your opinions? Or are you simply repeating something you’ve heard on the news or in the local bar? People avoid saying what they really think because they fear offending or provoking. But this is a mistake. So long as you are polite most people don’t mind you disagreeing. On the contrary, they’d rather you listened and then disagreed than failed to listen then agreed out of politeness. Not listening is far more offensive than disagreeing.

And do not live vicariously. For example, someone’s partner is a rich and successful author or businesswoman; her success is their success. Some live through celebrities or favorite writers. Indeed, obsessive fans will quite literally get into fights over their favorite footballer or pop star, as if his success and failure is their success and failure. In reality, of course, that person doesn’t even know they exist!

Above all, people live through their children. The child then becomes their second chance at life, rather than an individual in their own right. The classic example is the father who pressures his son to take up football and then screams at him from the sidelines, or the mother who forces her daughter through stage school and drives her to endless auditions. Often, they are trying to achieve their own failed ambitions through their kids.

One of the first practical steps is to constantly push yourself out of your comfort zone. People resist new things because they have allowed others to define them. So, for example, someone naturally quiet tells her work colleagues that she’s thinking of doing a parachute jump for charity. Another girl laughs out loud at this. When asked why, she replies “well, you’re hardly adventurous are you?” At moments like that you need to be strong. Unfortunately, many people are crushed by these sorts of remarks. Whenever someone tries to label you, or tries to limit and define you, make a point of going against them. Above all, try things because you want to try them. If you are just trying to impress or show off, you aren’t being authentic.

Self-exploration is a major part of being oneself. When someone says “I need to discover myself,” or “I need to find out who I am,” they mean they want to escape the pressure to conform. Being yourself means cultivating what is unique in you. Some take this to an extreme and give full reign to every latent oddity or eccentricity. For example, a woman with a domineering husband files for divorce after her children leave home. For two decades she was nothing but a wife and mother, and she lost herself. Now she sets off alone to explore India. Without her husband bullying and dictating, she is able to do what she wants: to visit the places she wants to visit, and to respond in a true and authentic way.

Finally, always be willing to question, challenge and update your prejudices and opinions – especially those instilled in you by your parents, religion or culture. To be yourself means to think for yourself. The most interesting people, the ones whose opinions we always seek, tend to hold an odd assortment of views. Rather than sticking rigidly to the socialist, or conservative, or libertarian view, they will take the conservative line on one issue but the liberal on another. For example, they may be conservative on abortion and drug use yet hold liberal views on gay marriage or the death penalty. Their conservative friends are shocked and say “but I thought you were one us,” failing to realize that they don’t want to “be one” of any group.

Neither do they blindly accept the dictates of those in authority, whether that is a doctor, politician or car park attendant. But their opposition is always sincere and reasonable. They don’t question or oppose authority to show off and impress other people. Their response is authentic, not a pose. The same is true when they stand up to a bully. None of it is done to impress. The impression they are making on others is the last thing on their mind.

Being yourself is a question of courage and authenticity. So develop your own code of conduct and stick to it, seeking neither to belittle nor impress others. Above all, do not worry what they think of you. No one is more impressive than an authentic individual.