In a hectic, overcrowded world filled with stimulation and distraction, the book can seem outdated. Yet they can change your life. The following would be a good place to start.

1) The Iliad: Arguably the first true work of literature, The Iliad remains the great war poem. Here is a cosmos at war, for the gods themselves take sides, fighting both man and fellow god. A story of violence, heroism and courage, but one without hope. For Homer, the world moves in cycles: seeds are sown, crops grow, children are born; then the soldiers come: men are slaughtered, cattle stolen, women and children enslaved. And then the seeds are sown all over again. 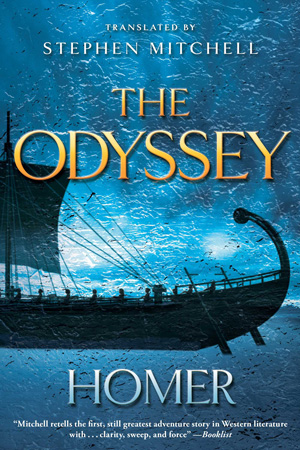 2) The Odyssey: According to James Joyce, Odysseus is the greatest of all literary characters: warrior, husband, lover, father and son, a complete man who sacrifices all in his quest to return home to those he loves. Like all great stories it is archetypal, touching something deep inside the reader. A brutal, yet magical tale with an eternal lesson — never give up!

3) Beowulf: One of the foundation stones of English Literature, Beowulf is seldom read outside the University Campus. This is a pity, since most who encounter it for the first time are surprised to find a wonderful adventure story with one of the scariest monsters in literature. Seamus Heaney’s recent translation is a good place to start, capturing the stoical pessimism of the Anglo-Saxon world, with its mead halls and grim warrior code.

4) The Divine Comedy: Dismissed by some as a ‘Christian poem’, others consider The Divine Comedy the greatest single literary work ever written. Dante possessed the finest visual imagination of any poet and employed it to astonishing effect, attempting to grasp the whole cosmos, inner and outer. In essence, The Divine Comedy is an allegory of the salvation process. Through love, the poet is led from suicidal despair to the presence of God. But the reader need not be a Christian, nor even religious, to draw comfort and inspiration from this journey. 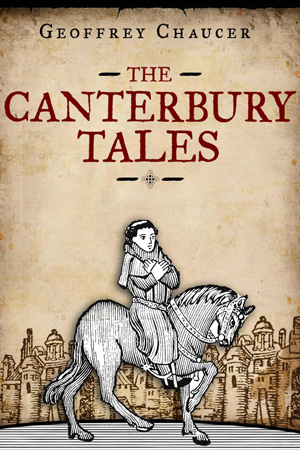 5) The Canterbury Tales: Of all the great works in English, The Canterbury Tales is the one most often dismissed as ‘inaccessible’. But ‘tuning in’ to the 14th century English is not so difficult as you imagine. And it is worth the effort. Few poets love and celebrate the world with such exuberant joy as Chaucer. Even the corruption and dishonesty of the pilgrims amuses rather than distresses him. Above all, read the general prologue — a wonderful antidote to the jaded cynicism of modern life.

6) Hamlet: Prime candidate for greatest work of literature in the English language, Hamlet depicts a mind stretched to the limit as the prince seeks to understand ‘what it all means’. Here we see Shakespeare’s genius on full display. In James Joyce’s words, we find “a superabundance of worldly wisdom” and “radiant language”.

7) The Diary of Samuel Pepys: These diaries are so much more than mere source material for historians. Few writers of English before Pepys speak with such an ordinary, human voice. Pepys was not a famous poet or explorer, neither was he a great moral or spiritual teacher. He was merely a civil servant living in London with his wife and servants, a man full of both vice and virtue. But though he lived through plague, war and revolution, Pepys remained curious and fun-loving. Above all, he enjoyed being alive and made the most of his short time.

8) Huckleberry Finn: Arguably the greatest work of American literature, ‘Huck’ is one of the most lovable characters in literature: brave, resourceful and self-reliant. In his yearning for the frontier he captures all that is best in the American character. A great adventure story about friendship, loyalty and love. 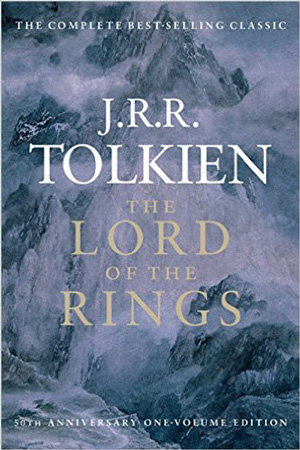 9) The Lord of the Rings: A victim of its own success, The Lord of the Rings continues to puzzle the critics who struggle to accept that something so popular could be great art. Forget the obsessive fans and the endless imitations, The Lord of the Rings is a magnificent work, the product of an imagination at full stretch. Tolkien brought together a vast knowledge of language (he knew at least 16), literature, myth and history to create a grand mythic landscape filled with strange, other-worldly beings of astonishing reality. Yet in the foreground is the Shire, an idealized England, whose inhabitants cherish the simple, homely pleasures: cheese, beer and tobacco, the changing of the seasons, the ploughed soil etc. And here the great, archetypal hero-journey of quest and return is perfectly captured. Ultimately, it is a story about friendship and the triumph of hope over terrible odds.

10) 1984: Orwell wrote this masterpiece in the final stages of TB, pouring into it all he had learnt during a lifetime’s struggle against tyranny and injustice. 1984 is more than an attack on Stalin’s Russia. The real target is totalitarianism: its nature, how it maintains its power and what it does both to those who wield that power and those who suffer beneath them. A dark and terrifying novel, yet ultimately hopeful. The human spirit always rebels and re-asserts its right to silly, trivial freedoms.

Of course, no list of great books is ever complete. Many would disagree with at least one of the choices. But if you wish to see the world differently, to stimulate the mind and immerse yourself in beauty, these would be as good a place to start as any.