Say you’ve decided to set a new goal for yourself; either to lose weight, to set up a new business or to learn the piano. You’re optimistic that this target could help you change your life for the better and you’re genuinely serious about making a go of it and hopefully making something happen. 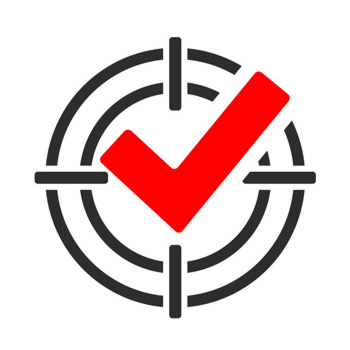 Here’s the next question: do you keep quiet about that goal, or do you tell everyone? Which will have the best psychological effect and which will be most likely to encourage you to actually go out there and achieve what you’ve set out to achieve?

Well, unfortunately there’s no clear cut answer here – rather it’s all going to depend on who you ask. So rather than giving you a binary response, let’s instead take a look at the arguments both for and against telling people about your goals and we’ll see which makes the most sense for your particular circumstances.

Studies That Tell Us to Keep Quiet

According to several studies, telling people goals actually makes them less likely to happen. The reason for this boils down to something called a ‘social reality’.

Remember the last time you told someone a goal? Perhaps a resolution to lose weight, or an intention to write a book? Chances are that upon telling that person you felt an instant sense of relief, as though you had already accomplished what it was that you were setting out to do. This is what we call the ‘social reality’ – simply having your goal acknowledged makes it a part of your identity and results in a rush of feel-good/reward hormones.

Unfortunately this satisfaction then tricks your brain into thinking that the job is already done – and you then feel less motivated to actually go out and really achieve the goal. It’s like it has already happen!

This study published in Psychological Science supports the idea that social recognition makes us less likely to follow through with our intentions, but interestingly also points out that you are even more likely to achieve the goal if you are ignored when you tell people what you want to do. This reinforces the idea that it’s the recognition of others that takes off the pressure.

Other Reasons Not to Talk

There are other reasons not to tell others goals as well which include practical and psychological arguments. For one, if you tell someone your goal this can then increase pressure in a negative way, which may not be helpful when the goal is something that requires you to remain calm and composed. A perfect example is the driving test: many people choose not to tell their friends and family when taking driving tests because they don’t want to risk having to send back all the cards when they fail. In a situation like that, extra nerves could be very detrimental to your performance and could make you reluctant to practice (as it will make you anxious).

Another reason not to tell people your goals is that they can then end up judging your actions through that lens, which may end up being unhelpful. Tell someone you want to lose weight for instance and you can find that they end up giving you looks every time you order anything a little bit fatty. This can actually remove your determination to stick to a diet as nobody likes being controlled and our natural tendency is to do the opposite of what we feel pressured into doing.

On the Other Hand…

That said though, there are also a number of arguments for talking about your goals.

One is that this can give you accountability. In other words, you now have someone checking in on you to make sure that you are actually doing what you said you would do. This can be especially useful if you get that person to then hold you to your intentions through threat of repercussions: one technique for instance that is popular among productivity gurus and fitness gurus, is to give someone your bank details and to tell them to transfer money to another account. In fact some of these gurus even recommend asking them to donate money to a cause that you don’t agree with. Though whether you want to be that risky or not is a decision only you can make…

Telling other people about your goals is also one of the only ways you can get others to help you. Asking for advice for example is almost always a good idea and this necessarily requires you to speak to at least someone about your plans.

Likewise attempting a goal with someone else can also be a very good strategy. For instance many couples find they have more luck losing weight when they decide to do so together – again this requires them to communicate their joint goals. In other situations you may simply not have a choice whether or not to tell others.

So which is the best course of action then if you are setting out to complete a new goal? Do you blab? Or do you keep schtum?

The answer is going to depend on a myriad of factors including the nature of your goal, the people you know and your own preferences. What you do need to keep in mind though, is that if you are going to tell people, then you will need to make sure you don’t let that rob you of your incentive to actually follow through. So try telling people your goal in a way that won’t give you any satisfaction…