Irrational thoughts are something that plague us all from time to time and that can cause a lot of problems. These are the kinds of thoughts that make us worried that something bad has happened to our loved ones when we have no evidence to suggest it (if something bad had happened, chances are you would have heard from someone), that make us worry that we’ve left the stove on, that make us insecure that everyone’s looking at us, and that makes us afraid to do things that we know we should.

These irrational thoughts then are thoughts that come from emotion – generally negative emotion – rather than logic. And in a lot of cases this means that they aren’t congruent with the real world. They’re faulty thoughts and as such they stop us from going about our daily business. 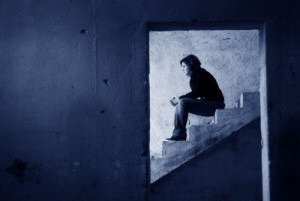 The problem is with irrational thinking, that it is often self perpetuating and confirming. If you have an irrational thought, and this then affects your behavior, then that will tend to act to enforce your belief. For instance you worry that everyone will look at you, and so you act oddly out of nerves, and then everyone does look at you. Otherwise you feel that it’s too dangerous to go outside, so you stay inside, and by staying inside you are confirming that irrational thought rather than challenging it. The next time you have that thought it will be stronger backed up by your experience.

And then there’s the fact that your thoughts are something of a lens and what you’re thinking will of course effect how you perceive the world and interpret events. The only reality essentially is that in our own mind, so if your thoughts don’t line up with what everyone else is seeing that’s not how you’re going to see it. For instance if you are having paranoid thoughts that the world is against you, then you will interpret every slightly secretive conversation, or every hushed tone as ‘plotting’ and any kind actions will be seen as buttering you up or lulling you into a false sense of security.

These faulty thoughts can be frustrating at times, but most of us know when to ignore them and carry on. When they’re allowed to perpetuate however, then they will tend to build up and build up to the point where we have full blown psychological disorders such as paranoia, schizophrenia, anxiety disorders, phobias or depression.

So how do you get on top of these thoughts and get your thinking back on track before it’s too late? Here we will look at some different strategies you can use to try and eradicate those bad thoughts. Many of these are taken from a school of psychology known as ‘CBT’ or ‘Cognitive Behavioral Therapy’. This is currently the school of psychology that most therapist and health institutions subscribe to and its very nature means it is suited to problems such as irrational thoughts. Of course just going to a cognitive behavioral therapist is also a good idea, and if your thoughts are crippling or dangerous then you should seek professional help as soon as possible.

Mindfulness is one strategy taught in CBT which is essentially a kind of meditation. Only here, rather than trying to clear your mind, you are instead allowing it to run riot. Specifically you are going to find a comfortable space, and just let your thoughts wonder freely while you listen to where your brain goes. Try to step back and ‘watch’ your thoughts go by like watching clouds go by in the sky. This will allow you to identify the faulty thoughts that are causing damage and by recognizing them you can then try to make sure you don’t think them in the future.

Another thing you can do is to use affirmations. These are thoughts that you want to think that can replace the faulty thoughts. For instance if you’re constantly thinking ‘I hate myself’ then just replace that thought with an affirmation such as ‘I am a highly capable and pleasant person’. Just repeating this often enough either out loud or just in your head will mean that it starts to become almost habit and you will find that your thoughts default back to this affirmation rather than negative things thereby increasing your mood and your capability. If you struggle to use these affirmations because you forget or find it embarrassing, then try putting post-its up around your room with those things written on them and just read them to yourself while you go through your morning routines.

Listen to Other People

Try to be objective in how you interpret what other people say. If the people close to you are telling you you’re being silly then there’s a good chance you may well be. Use the intelligence of groups to help get your thinking back in line with everyone else. Another good strategy is to just imagine what you would tell someone else in your position. If you met someone who had your fears or your hang ups, then what would you honestly tell them? That’s probably a better line of advice to follow that the current disruptive thoughts.

A specific problem that many people have is to focus too much on the negative things that people say. This means that they might get ten compliments and one insult, but focus on the insult and let it damage their self esteem. Instead you should make an effort to write down all of the positive things that people say about you and to read them back to yourself at night before bed. This way you will reinforce the positive things instead of focusing on the negative and this becomes concrete evidence that is written down and can’t be manipulated in your mind. Similarly if you have irrational thoughts about a person, make sure to write down all the evidence against your irrational thoughts. If you get nervous giving talks, then write down your experiences of them and how people reacted. This way you can weigh up the evidence far more objectively and you won’t have that cognitive bias.

Deep down you know when you’re being irrational, or at least when a thought is negative. What you need to do then is not listen to it and to instead prove it wrong. This simply takes courage, but the more you act cautiously as a result of your concern, the less likely you will be to ever get out of your thought patterns. So if you’re afraid of socializing because you think that everyone is against you – force yourself into social situations where you can get proved wrong.