Talking to yourself is quite the strange habit that can get you some odd looks and that can make you feel a bit unusual. It is simply the act of talking your internal monologue and speaking it aloud and while it’s no harm to anyone, some people will nevertheless want to nip the habit in the bud as it’s not exactly considered normal. That said, before you go about trying to stop talking to yourself – ask yourself: is this really a problem? But of course not literally…

Why Do People Talk to Themselves?

Talking to yourself in actual fact is not all that unusual at all, and most people will do it to some degree. It is the media really that has made talking to ourselves seem like crazy behavior, and in reality it’s something that can just help us to think or to work with an idea. Whatever the reason, after we’ve been silent for a while we tend to externalize our thoughts. 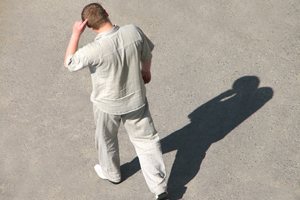 The main time most of us speak to ourselves is when we’ve been alone for a while. This might be as a means to break the silence, to ‘flex’ the vocal chords, or just for entertainment – but actually vocalizing thoughts can in fact be useful for coming up with new ideas and seeing what those thoughts sound like ‘out loud’.

The only time that talking to yourself is really a problem is when the contents of what you are saying are damaging or destructive. Positive self talk is fine, but if you are saying upsetting or negative things then this is a problem and could lead to psychological issues such as depression.

How to Stop Talking to Yourself

If you still want to stop talking to yourself though then there are some simple methods you can try. As already mentioned, the main trigger for talking to yourself is normally that there is no one around and hasn’t been for a while. In other words then, the best way to avoid talking to yourself is to make sure that you have other people to talk to and that you stay social. Of course if you’re alone for a reason this might not be so easy, so try calling someone up and having a conversation and it should reduce your need for self-chatter.

Another strategy is to put on some music. This way you will distract your inner monologue with lyrics and prevent you from chattering. At the same time if you try singing along with the music, then this will also help you to give your voice the exercise it seems to be craving and will mean you can’t talk to yourself. If you were talking to yourself as a way to break the silence, then this should be enough to make that unnecessary.

The same can work with the television, so try watching something on TV or just having it there for background noise just to create the feeling that there’s someone there and to create some interest in the room. Watching the television yourself, or reading a book, can be enough to focus your attention so that you don’t go stir crazy and your brain is given something to do.

If the contents of what you’re saying are negative though and you seem to be putting yourself down, having irrational thoughts out-loud or generally thinking destructive things, then the answer is yes and it’s important to change your thinking. The best way to do this then is by using some CBT (cognitive behavioral therapy) which revolves around seeing the content of your thoughts and changing them. Make sure to make a note of what it is that you’re saying that you don’t like, and to note anything that crops up regularly. Then when you say these things again you should hopefully recognize them and be able to avoid them.

The other strategy is to replace your negative self talk with positive self talk – and if you do this often enough then it can become habit. Achieve this with positive affirmations such as ‘I can achieve anything I put my mind to’ or ‘it doesn’t matter if I fail, it’s the experience that matters’. Such phrases will help you to overcome negative thoughts and fears and this is a highly beneficial way of talking to yourself.