Fairy tales have been around as long as anyone can remember, and have been told to children since we first started having them. We tell them stories of fairy tales when they go to sleep, and they watch Disney re-enactments and shows that reinforce them further. They get read at school and generally they are everywhere while we’re growing up and while our children are growing up. 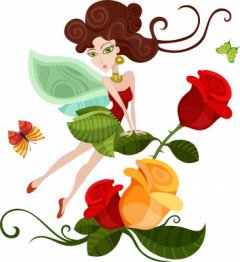 Fairy tales have come under much scrutiny and are widely studied. This is partly because of their status in popular culture but also because they are such early examples of storytelling and this allows us to learn more about the fundamentals of storytelling in general, and about the psychology behind it.

In particular, one very interesting deconstruction of the fairy tale was provided by one Joseph Campbell. Campbell wrote the famous book ‘The Hero With a Thousand Faces’ which looks at how almost all fairy tales and the majority of our modern stories as well follow a very basic pattern that speaks a ‘universal human truth’. While the situations vary and the characters differ, there are nevertheless similarities in terms of the plot and the process that are eerily similar. This can be best seen in fairy tales because they are so old and that means that in some ways they can be considered a very fundamental and distilled type of story on which others are based.

The hero’s journey essentially begins with the hero being in a small village or community. Some sort of catalyst or call to action occurs – often he is sent on a quest, or the village is destroyed, or his Father is killed (or a combination of these catalysts). The hero is then forced to leave the community on a quest for the item or revenge and along the way he will meet a trickster and a wise old man, along with a series of companions. He will be given some kind of boon or weapon that he can use in his quest and he will encounter a damsel who will be trapped in a castle or dungeon, usually along with the treasure (often the woman herself is the treasure). The hero will then use his magical item/weapon and his new companions to overcome the enemy and at the same time he will undergo some kind of transformation that will bring him new abilities or insight. He will then return to the village he started off in along with his bounty and the love of the damsel (often a princess) and he will be hailed as a hero.

This view of fairy tales is one that conforms to Jung’s theory of ‘archetypes’ and the global unconsciousness which is the source of all our shared thoughts and ideas. We all have the same characters crop up in our dreams and stories (the hero, the old sage, the damsel, the trickster… ) because we all face the same issues and have the same urges and desires. The hero’s journey then comes from a universal truth and reflects the story that we all go through.

In other words this is a coming of age story and it represents the way most of us go through our lives. We stay at home until a certain age at which point we leave our parent’s care in order to go on a journey and to meet our partner, earn some money and then set up our own family now as the head of the family.

In theory then these fairy tales which stick so closely to the hero’s journey should be a healthy thing to expose children to – a universal metaphor for the way their life is going to turn out and for the journey that they should feel a pull to embark on. It should encourage them to dream of leaving home and having grand adventures and of growing and meeting new friends. However these stories are also very old, and in some ways very dated; what you need to remember is that things have changed since the times of fairy tales, and the concern is that these tales might now be less relevant and so even damaging.

In particular the concern is that fairy tales might be a bad influence on women, whose roles are less liberated in most fairy tales. For the woman’s part of the story, the heroine stays trapped often in a tower guarded by a villain or a dragon. This dragon is often believed to represent the woman’s father who keeps her trapped and prevents her from setting out on her own journey. The girl is then forced to wait for her savior – prince charming or a knight in shining armor to come and fight the dragon and then free her so that she can get married in a huge castle and live happily ever after.

In other words, the woman’s portion of the story involves staying trapped in the castle and awaiting her rescue – much as once women would once have stayed at home with their parents until they met a man who could support them. Today though things are different and women are expected to have the same ‘hero’s journey’ as men – and to live life as they choose and pursue a career and go traveling and do all the other things that men do. It could be that children who read fairy tales a lot end up with out-dated views of the woman’s role and this could potentially have a negative impact on their ambition and their eventual life outcome.

Some studies have suggested that girls who read a lot of fairy tales or have a lot of them read to them have lower self images than others. This could also be because of the conventional image of the princess – of being slim and beautiful and attracting men from around the world – like sleeping beauty, ‘Bell’ from Beauty and the Beast, or Helen of Troy. Any of these emphasize looks as the most important feature of those princesses (you rarely hear about the over-weight-yet-smart-and-kind princess). This of course is not a great message to send in that it again stifles ambition, but it can also be damaging for the self image of those girls who perhaps do not conform to the stereotype and are powerless to do anything about it. This may be worsened by cartoon versions of princesses who again are typically portrayed as slim and beautiful.

Another problem that some might find with fairy tales is that they are often far removed from reality. Many women end up waiting out for their man that fits the image of ‘Prince Charming’ and who will ride in on a steed and rescue them – whereas the reality is often a beer-guzzling sports fan. Likewise they expect to wed in huge castles and attract everyone from their village (though at least with the wedding reality does become a little more like the fairy tales). For men there are rarely challenges as heroic as fighting dragons and the reality tends to be more along the lines of fighting deadlines and pushing pencils. This can lead to something like dissatisfaction for those whose lives do not pan out quite as they hoped and fairy tales might put too fine a point on this. Fairy tales also tend to focus very much on the hero’s journey – the coming of age – and don’t tend to give much space to what happens after the hero and the princess ride off into the horizon. What then?

This is all the stuff that eventual mid-life crises are based on, and drumming home an ideal of what life should be like could in this sense be a bad idea. However bear in mind that in some cases the children will be perfectly happy with the way their lives go – and as the hero’s journey is something ingrained in us all, it might well be that we would have had that sense of dissatisfaction either way.

You also need to bear in mind that some fairy tales can be somewhat scary for young children and that they often contain quite horrific images and scenes. The wicked witch is a character who appears in many fairy tales (often representing the heroine’s mother or the elements) and these are often portrayed in a scary way.

At the same time many of the fairy tales we think we know – such as ‘The Little Mermaid’ – are in fact based on stories by the Brother’s Grimm and originally these stories were much less ‘Hollywood’ and had rather depressing endings. Be careful then to expose your children to fairy tales and versions of stories only after you have vetted them first and know that they are suitable and won’t give them nightmares or upset them.

So Are Fairytales a Bad Influence?

With all that in mind, you might be starting to think that fairy tales are bad for our children. This is not the point of the article however, but rather to address some of the potential negative impacts of the stories. For the most part your children will be able to recognize the difference between stories and realistic aims and expectations of life. At the same time they should be exposed to lots of different stories and stimuli so fairy tales alone aren’t going to have any particularly stronger impact on their development. And the ideas and concepts in the narratives are in many cases part of our mental blue prints any way so it can’t be avoided.

Fair tales encourage imagination and creative thinking. They are a form of escapism and they are a part of popular culture and literature. Shielding your children from fairy tales would be to shield them from a very rich and culturally significant form of storytelling and one that can bring them great enjoyment. Just make sure that you expose them to other ideas too, and that you read the stories yourself first and help to educate them on the messages therein.

Leave a Reply to carina b Cancel reply