Boredom is an unusual feeling that is highly distracting and frustrating and that can be psychologically damaging in the long term. For most of us boredom is an irritation – something that we experience when waiting in a queue or when sitting through a boring meeting – for others though it can be all pervasive and something that creeps up on us whenever we aren’t active.

Boredom is a dangerous situation to be in, and people who are clinically bored have been demonstrated to be more likely to suffer from depression, drug addiction, compulsive gambling, eating disorders, anger and aggressiveness, lack of social skills and poor performance in work and school. As such a seriously dangerous emotion, in some cases it really is possible to be literally ‘bored to death’. Here we will look at what boredom actually is, how it comes about, and how we can go about tackling it.

What Is Chronic Boredom? 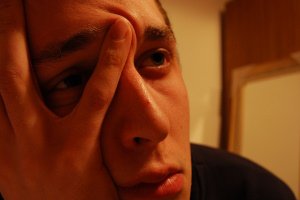 Boredom is normal to some degree and healthy and normally comes from an urge to be doing something more engaging. Chronic boredom however is less understood and there is no conclusive understanding of why some people are more prone to boredom than others.

Some correlations however have been noted by researchers – for instance it is a more male phenomenon as well as one that is associated with drug use and brain damage suggesting some hormonal or mechanical mechanism.

Precisely what boredom is is also difficult to pin down. One thing that is known is that boredom is certainly a spectrum meaning that it’s possible to be a ‘bit’ bored, or ‘very’ bored and that not all instances of being bored are the exact same. Several scales exist that are designed to measure boredom and the ‘Boredom Proneness Scale’ meanwhile measures the likelihood of someone suffering from boredom.

Some theories on the nature of excitement have been used to describe boredom and thrill seeking behaviour equally. For instance it is believed that people who are extroverted, and particularly those who engage in thrill seeking behaviour, might have a higher threshold for excitement. While an introvert can find excitement and stimulus from books and other solitary activities, an extrovert might require more engagement with others, while an adrenaline junky might need to throw themselves off of a mountain. Thus boredom can be associated with the trait of extroversion and it is believed that such people see their environments in a slightly more ‘muted’ fashion compared to introverts.

These subjective experiences could be connected to a range of emotions and hormones, such as our ability to produce and use dopamine and serotonin which are just two examples of reward and pleasure hormones. Danckert is one expert who theorized that medications used in brain injury, or addictions to recreational drugs, might result in an ‘overdose’ of these reward chemicals resulting in the higher threshold meaning that patients need higher hits in order to reproduce these emotions. Men also have higher levels of some of the hormones associated with pleasure and reward which might explain the gender difference.

There are also social and evolutionary explanations for boredom. Countless studies for instance have demonstrated that our brains are designed for the environments in which we evolved – rapid moving dangerous environments where we hunted for food. As such our days of sitting in offices suddenly don’t give us quite the hit of hormones that we need and we end up with ‘cabin fever’.

Likewise a need for novelty has evolved out of necessity in order to keep us moving forward and striving to improve ourselves and our situation. Without boredom and curiosity we would likely be quite happy to just stay in one place and this would mean we never really climbed the evolutionary ladder to find mates with better genetic material.

How to Combat Boredom

So if this describes you, then how do you go about overcoming that boredom and getting more color and excitement back in your life? (Or at least making it so you don’t need as much of either).

One point worth noting is that research has demonstrated a link between self awareness and boredom. That is, the less self aware a person is, the more likely they are to experience chronic boredom. What is the hypothesized reason behind this? Simply that the self aware person knows what it is they need to do to make themselves less bored.

With so many ‘activities’ laid out before us like TV and the internet, it’s easy for us to think that the best way to combat boredom is to simply turn on the TV. If you consider everything we discussed above however, then it becomes apparent that this is hardly going to have the same effect as hunting down prey in the wild, or as a giant hit of drugs. It doesn’t involve variety, and it has nothing to do with our evolution – so it’s only likely to make us more bored.

Here’s what you need to do instead.

First of all, exercising is one of the very best things you can do to combat boredom on every level. In an immediate sense it gives you a target to aim for and that in turn gives you focus and makes life a lot less boring. At the same time though it also causes your brain to release a powerful cocktail of emotions such as dopamine and norepinephrine. Ever heard of the ‘runners’ high’? This is perhaps the best legal high you can get and it’s a great way to change your brain for the better. Sports too are just as effective.

Don’t limit yourself to just the one environment or you will remain bored. Instead think about how your ancestors will have moved from prey to prey and water hole to shelter. Going new places and just getting outside will stimulate many new neural networks in your brain and have a lot of positive effects on the way you feel. If you can’t go out somewhere new right now then even just taking a different route home from work can have a big difference.

Other people are the ultimate solution to boredom. If you are with other people then this is a great distraction and will satisfy the extrovert in you.

If you can’t go somewhere new, then try doing something new. There is literally just so much to do that you haven’t tried that you can get involved in right now. Have a computer and some paper? Then why not try your hand at origami this evening? Or why not make an ambigram? Or build an instrument? Or try your hand at programming? Or take up juggling? Or bodypainting? Or phone someone you haven’t spoken to for a long time? You can also spice up other areas of your life that have grown stale, such as cooking different things for dinner or trying new things in the bedroom.

Take Up a Hobby

People who have a real passion in life are never bored. In fact they are often just waiting to get home and get some peace and quiet so they can work on their projects, hobbies and interests. This is a great way to be and means you are never bored or dull. If you don’t have a hobby or passion now then try developing one. Could you perhaps write a novel? Or would carpentry be effective? The reason that hobbies are so useful is that they are addictive. They allow you to measure incremental change over a long period of time and this is something that is highly addictive and causes those little reward signals to fire like mad in the brain. Being addicted to Sudoku or long distance running is immeasurably preferable to being addicted to drugs or gambling.

Sometimes life has just been too mundane for too long and it needs something BIG to shake it up. Maybe you should try moving house? Changing your career? Or going on a big holiday? Don’t be too impulsive of course, as boredom isn’t always the best motivation for overhauling your life, but every now and then a mix up is a good thing. And you won’t feel bored when you’re moving home…

If you are bored and aren’t happy relaxing… they don’t relax. Some people just aren’t cut out for a life of leisure and if that’s you then you might get more happiness out of trying to improve your career or your home. And if it results in your being in a better situation then that boredom has been put to productive use. Don’t ‘force’ yourself to relax if you don’t want to – relaxing is doing what makes you happiest.