Do you want your children to be more intelligent, do better in school, and have advantages not only in their careers but decades later, as they’re beginning to grow old? Teach them a second language while they’re still young.

That’s the “take away” of many recent scientific studies. One such study, conducted by University of Strathclyde researchers in Glascow, Scotland, found that children who grow up speaking more than one language have distinct learning advantages. The mental processes required to learn two different languages and then easily switch between them not only improve kids’ language abilities, but their mathematical and problem-solving abilities and their ability to think creatively as well. 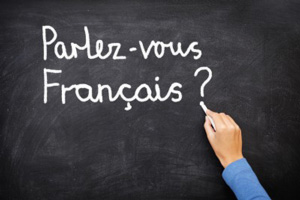 In the study (published in the International Journal of Bilingualism), 121 bilingual children were given the same tests and tasks to perform as children who spoke only one language, and the bilingual kids consistently performed better at them. The bilingual children also had bigger vocabularies (which seems obvious, because they had to learn two words for each object or concept), but they also scored higher on their ability to understand the words, demonstrating much more detail and richness when describing them.

Learning a second language is like “lifting weights” for the brain

The benefits of learning a second language are not limited to how well our brains think. Being bilingual seems to actually change the structure of the brain, and make it larger. In another study performed at University College in London, researchers found that learning multiple languages actually increased the amount of advanced gray matter in the brain, in the same way that exercise builds larger and stronger muscles. Although scientists knew already that the brain can change its structure in response to stimulation – a phenomenon they call plasticity – this study demonstrates that learning a second language can provide that stimulation.

In a paper presented at the American Association for the Advancement of Science, researchers found similar results, which suggested much more strength and flexibility in the “brain wiring” of people who speak more than one language.

The benefits of bilingualism are not just for young people

As impressive as the results of these studies are, they are complemented by other recent studies that indicate that the benefits of learning a second language – and the positive changes in brain structure that result from it – are not only not limited to kids, they persist all throughout one’s life, even into old age.

Learning a second language has been shown to have an effect on Alzheimer’s – not actually reversing the physical damage of the disease, but delaying its onset, and stopping it from spreading. Bilingualism has also been shown to slow the decline of key brain functions, and to protect the brain age-related degeneration.

More reasons to teach your kids a second language

If all of this research hasn’t demonstrated the benefits of bilingualism, here are a few more reasons why it might be beneficial to teach children a second language while they’re still young:

• Being bilingual has been shown to help children develop better reading and writing skills in their primary language.

• Having learned a second language early in life, the child will have an easier time learning additional languages, should he or she be interested in doing so. All of the skills learned while learning the second language – such as understanding word order, rhythm, intonation, and different grammatical structures – will be of use when learning the third or fourth languages.

• Knowing a second language often helps to increase children’s self confidence and self-esteem, and helps them to develop an appreciation of other cultures.