What smells evoke the most positive emotions for you? For most of the world, according to numerous surveys, one smell stands out as the clear favorite – the smell of fresh bread baking. Scientists have long known of the power of certain scents – baking bread, vanilla, flowers – to evoke powerful emotions and memories in human beings, but until now these reactions were pretty much subjective experiences. That is, the smells in question may have had a powerful effect on how people reacted internally, in their thoughts and emotions, but there were few links between these subjective impressions and something external, or objective. In other words, although offering a lady flowers might cause her to smile inwardly, it’s not necessarily going to cause her to go out with you. 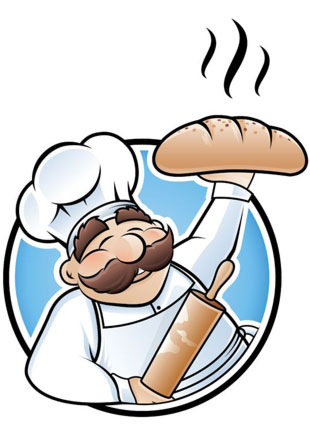 But a recent study performed in France and published in the Journal of Social Psychology seems to indicate that at least one smell triggers not only positive subjective feelings in people, it triggers kinder and more altruistic behavior.

Would your willingness to help a stranger be affected by smell?

In the experiment, volunteers from the University of Southern Brittany staked out two stores – one a clothes boutique and the other a bakery. Half of the volunteers were the “doers,” as it were, creating situations that the other half of the volunteers across the street (the “watchers”) observed and documented. The doers waited for passing shoppers and, pretending to be looking in their purses or pockets for something, dropped an item like a glove or scarf and pretended not to notice as they walked away. The watchers then recorded whether the passing shoppers went out of their way to help the person who dropped the item, or just ignored the event and walked on.

These experiments were repeated over 400 times, and the findings were interesting indeed. When the events took place outside the clothing store, only 52% of passing strangers stopped to help. When they took place outside the bakery – an area filled with the aroma of fresh bread being baked – 77% of the passing strangers stopped to help the person, either calling their attention to the dropped items or picking them up themselves and running after the stranger to return the items to them.

The researchers concluded that there was something about the effect of the smell of bread baking that was not just subjectively pleasant, but that triggered more positive, helpful, kinder, and more altruistic behavior in people on an objective level. As they stated in their study, “Our results show that, in general, spontaneous help is offered more in areas where pleasant ambient smells are spread. This experiment confirms the role of ambient food odours on altruism.”

Smells have a powerful effect on our brains and, it seems, our actions

Fragrances and their effects on the human brain have been studied by scientists for some time, so something is known about their effect on the brain. Our olfactory receptors are most directly connected to areas of the brain called the limbic system, which are intimately linked with emotion. Furthermore, smells are linked with the formation of and retention of memories. As Russian author Vladimir Nabokov once said, “Nothing revives the past so completely as a smell that was once associated with it.”

So what is it about the smell of bread baking that not only causes most people to experience positive emotions in response to it, but causes them to act on those positive emotions and do something nice for a stranger? Perhaps it’s memory, and the association of the smell of bread baking with pleasant memories of it in childhood. Perhaps it’s something about the smell itself, because it’s chemically a far more complex odor than many others. Whatever it is, this French study seems to support the common saying among real estate agents that “If you want to sell your house, bake bread just before potential buyers come to visit it.”

I’m thinking on a grander scale. Given the results of this study, if I were the mayor of a city hoping to reduce crime and violence and make it a more pleasant place to live, rather than investing in more police, I’d start a program to subsidize the opening of more bakeries. It might not solve all the problems, but at the very least it would be a more pleasant place to walk around in.