Until you have been diagnosed with a serious disease, or to a lesser extent until someone close to you has, it’s impossible to fully grasp the impact this can have on someone’s life. Of course a disease will always take its toll on someone physically and depending on the precise condition in question is likely to have a number of different symptoms and effects. 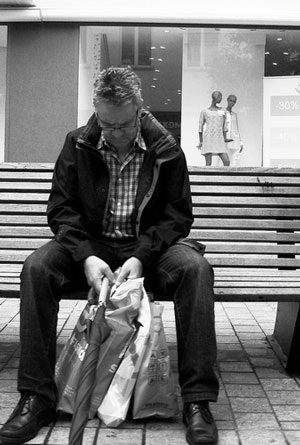 However what not everyone will necessarily take into account is the cost, the huge impact it has on the lifestyle of that person and their family, and the psychological and emotional repercussions. In some cases the psychological impact of serious disease can be almost as severe and debilitating as the condition itself – but often goes untreated as people focus on just the physical elements.

Here we will look at what the psychological impacts of serious disease are likely to be so that you can identify them and look out for them in yourself and others.

Depression is a common reaction to serious disease. This is caused of course by the sheer upset, stress and sadness that comes from having the illness and from receiving the bad news. Obviously this depression will vary depending on the individual, but also depending on the nature of the condition and on the news that comes with news of the disease – whether it might be potentially fatal, or whether it might cause the individual to be unable to do things they might have hoped to still be able to do (either in the long term or the short term).

At the same time there might also be some biological causes for depression in someone going through a serious disease. For instance they are likely to feel lethargic and drained which can be correlated with depression, and their appetite may be effected which can result in low blood sugar. Finally in some cases altered mood can be caused by the medication prescribed.

People with serious disease are likely to be afraid. This is obviously very serious in those people who suffer from chronic or potentially fatal illness, but even in those who know they are going to be better there can be associated fears – whether the person is simply afraid they might in fact die despite being told they won’t or whether they are just afraid of hospitals and needles.

And in some cases this fear might not even come out directly as fear – a patient may attempt to overcompensate for their fear or they might repress it and let it out in other ways. It’s important then to be sympathetic with people who are acting very childish or jovial or who are in denial – it may just be their way of coping with the fear.

Other people might react differently and find themselves angry as a result of their illness. Again this can be a result of many different conditions due to chemical conditions in the brain (particularly common with illnesses that are mental in nature), but it can also be a result of the sheer ‘frustration’ that comes from being ill – from being unable to do the things you want to do and from the ‘unfairness’ of it all.

People can also find that serious illness can be a great blow to their confidence. Quite simply you can feel as though your body has failed you and as though it’s ‘falling apart’. This then leaves you unable to rest assured that it’s not going to fail you again, and feeling a kind of disconnect between your mind and body that forces you to reassess the way you see yourself and what you are capable of. In some cases where the illness has a visual element this can further that feeling of being betrayed by your own body and the insecurity that comes from that.

In some cases however a serious illness can have positive repercussions as well. While you would never choose to go through the stress, fear and discomfort that comes from feeling so unwell, you can sometimes take this as an opportunity to take stock of what’s important in life, and of how fragile life really is. This is why it’s not unheard of for people to recover from a serious illness only to have a renewed thirst for life and to take positive steps to experience more of the world and rebuild old relationships.