This is something of a problem if your job relies on you being creative, or otherwise if your circumstances call for you to come up with a great idea or burst of inspiration. Sometimes we need to be able to call up a good idea whether it’s to get ourselves out of a rut, to impress a client or to put the finishing touches on our slideshow presentation. 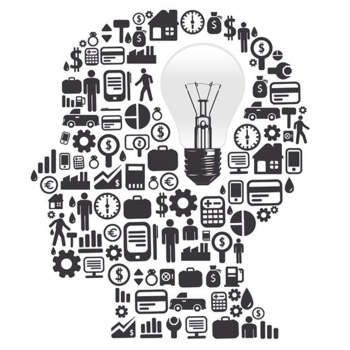 So the question is, how can you at least encourage inspiration? And how can you make yourself generally more creative?

There are theories that the majority of our ideas are in fact amalgamations of other ideas, which is to say that we’re essentially input-output machines when it comes to making new things. We all have unique ideas because the precise things we’ve encountered are different and our brain processes them in a different way, but ultimately every idea we have must somehow be built on existing concepts.

Whether you find this view bleak and cynical or not, there is undoubtedly truth in the fact that the more you consume in terms of information and other people’s creations, the more likely you will be to come up with inspiration and ideas – and sometimes this can be a very direct effect. For example? The other day I was reading ‘The Oatmeal’ and I saw a funny sketch about how the writer was struggling for inspiration – which gave me the idea to write this very article.

Think Deeply… Then Forget About It

In said sketch is a quote that says coming up with an idea is a matter of ‘thinking deeply on a matter then forgetting about it’. While this might be an over-simplification it is certainly true that you should do both of these things – thinking on a matter is of course a good way to come up with ideas but likewise it’s important for us to occasionally take a break from it and often our best ideas do seem to strike when we least expect them to.

Often our best ideas don’t occur when we’re on our own, but rather when we’re in discussion with other people. Here we will be having a conversion with someone and tell them the germination of an idea only to then see how that might be viewed by someone else and adapt it further into a truly great idea. Sometimes this comes about because that person points out the flaws and issues with your idea, or makes a suggestion (in which case you can potentially find yourself in an awkward situation where you need to share credit), but just as often it’s simply the process of talking about your idea that allows you to take it further (they get nothing for simply being present… ).

Sometimes you’ll have an idea that isn’t quite fully formed, and that isn’t quite there yet. Talking to others about this idea as mentioned is one way that you can often develop those concepts but even if this doesn’t work it’s important to keep musing on that idea – sometimes it just needs a bit of developing or combining with another idea in order to become something that’s really great.

Write Down Your Ideas

Of course you can’t constantly focus on every idea and some will need to be left behind. Writing down these ideas though is a great way to ensure that they aren’t completely forgotten and this way you can then return to them later on to act as inspiration or perhaps to fit a different specification.

Get Lots of Sleep

While the term ‘sleep on it’ is really just a coin of phrase, several studies suggest that sleeping on a problem may actually help you to come up with a solution. At the same time if you’re over tired and stressed then your brain isn’t going to be running at its optimum level. Generally reducing stress and getting lots of sleep and good nourishment will always help you to stay more productive and creative.