The term discernment means to be able to carefully consider options and to be… well discerning in your decisions. In other words this means then simply being conscientious and using your judgement to make decisions rather than blindly acting without thought.

This is a term that’s used commonly in the Bible and in other religious teachings, and is said to essentially equate to wisdom or the ability to know ‘God’s desire’ in a particular situation. In this context this is often a more personal and spiritual concept – for instance whether or not you should pursue a particular career or relationship. 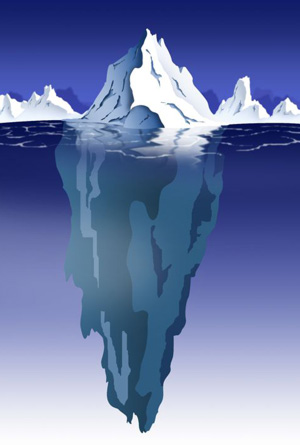 The idea of being discerning is one that is generally considered to be a good thing and a good way to avoid unreasoned decisions. But with this there is a danger of becoming judgemental – which again is the use of reasoned analysis but doesn’t have quite the same reputation. So what’s the difference, and how can make sure you’re more discerning and less judgemental?

The main difference that I can see between being judgemental and discerning is that discernment involves one’s self and one’s own life choices, whereas judging often means judging the actions or motivations of others, or other outside factors.

Being discerning regarding your own options in life is something that is to be commended and is simply a matter of being responsible. I personally am not religious, but to put it in my own language ‘with great power comes great responsibility… ’.

However the whole point of discernment is to do what you believe is right for you, and to follow your gut. This is not something you can do for other people because you don’t know what their beliefs are, and you don’t know all of the factors. You might think someone is acting rude and strange acting and judge them harshly – only to find out that their dog died that morning. You should never judge someone else because you can never know every factor or what’s going on with them – but we can do our best to act as well as possible using the knowledge we have because we know it to be right. At the same time there is simply no single ‘correct way of living’, no one correct belief system, and no one set of ‘rules’ – we don’t know what the purpose of life is definitively and so we can’t possibly discern a correct way for others to act, only what feels right for us.

Another important distinction I believe is that judgements are normally passed after the fact, whereas discernment is used to guide actions in the here and now. For instance you can judge your own actions, but normally you do this after they have happened.

Really though this is wasted energy – as you can only work with the information you have at the time and there’s no way we can change what we’ve done before. Instead of wasting your energy moping over what’s already done then, consider instead what you’re going to do next to live the best way you can. It’s all semantics really, but sometimes these can shed a lot of life on some basic truths. So do you judge yourself to be discerning? Or do you discern yourself to be judgemental?