Skip to Content
By continuing to use this site, you agree to the use of cookies. Find out more
Home Health A-Z Mental Health Psychology What You Can Tell About Someone From Their Room

I’ve always been a big fan of Sherlock Holmes, and particularly Robert Downey Jr’s recent high octane interpretation. I love the idea of being able to look at someone, and then use deduction and basic psychology to determine things about their personality, about their recent activities, and about their intentions.

In reality though of course it’s not quite as easy as the books and films make it seem – there are too many factors that can mislead us and even someone highly trained in body language, forensics and criminal psychology can’t draw conclusions that definitively or easily. Apart from anything else most people you meet don’t just so happen to have spent the afternoon walking through the ‘distinct red clay that’s only found at a particular area near the docks’. 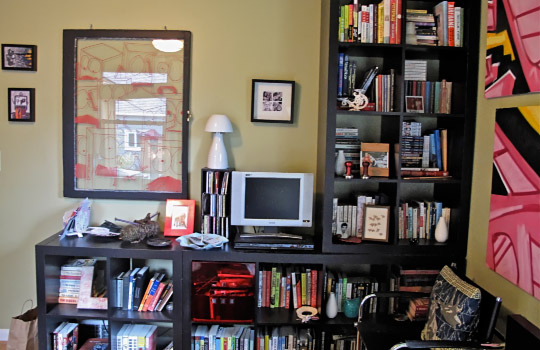 But there is something that can tell us a lot more about someone and how their mind works – and that’s their bedroom. If you know someone well enough to be invited into their home, then looking around their bedroom or the way they’ve decorated their other rooms can tell you an awful lot about their personality and this can help you to gain a better insight into the kind of person they are. Of course though this is also a two-way street and it’s worth bearing in mind the kind of message you are putting out when someone looks around your home as well. Here we’ll look at the things that can be discerned from the decorations in a room so that you can manage your appearance and learn more about your friends. Or just so that you can feel like Sherlock Holmes if you prefer…

Obviously you can first and foremost tell from someone’s home what their hobbies and interests are, as well as their general tastes. In other words, if someone has a lot of films then this can tell you right away that they enjoy movies, while if they have a set of weights this tells you that they’re someone who likes working out and staying in shape. Meanwhile a guitar in the corner of the room might tell you that they’re musical. You can then infer more about that person based on their hobbies and interests – what kind of person likes working out? Of course you must be careful not to generalise here.

At the same time though this can also tell you something about the way that that person wants to be perceived. For instance if they have a guitar in the corner of the room it might mean that they want you to think that they’re musical and cool, but in fact they might not actually use it that often. If you wanted to go into Sherlock Holmes mode then, you could assess the depth of the indentations in the carpet as well as the build-up of dust on the item itself, and this might tell you whether they actually use the item regularly or not. Likewise if they have a guitar on its own, but none of the other paraphernalia (amps, plectrums, music books etc.) then again it may be that they’re exaggerating the prominence of music in their life. Ask yourself why they’re presenting this side of themselves, and what it tells you about them.

A creative and scatter-brained personality for instance might well have an eclectic décor that uses lots of different items (if there’s a broad range of tastes on display this suggests an open mind), while someone who is more logical and organized might have a more minimalist and structured layout. Likewise the colours used can also tell you something about a person and colours can be tied closely with moods and personalities. Red for instance is a very bold and passionate colour that is associated with rage, love and heat. If someone uses a lot of red then this might suggest a more extraverted personality who is more outgoing and certainly one who is not at all retiring. On the other hand blue is a very calming colour that we associate with blue skies and running water, so a blue or lilac room might suggest a more placid and docile attitude. Again though there’s always the chance that a person just likes blue so you need to look at these cues in context with other indicators rather than in isolation.

A minimal and organized décor suggests a more organized and logical mind, and this also extends to how tidy they keep the place. Someone who keeps their room very tidy is likely to be more organized in their thinking, and potentially is less stressed as a rule (because they have the time to keep it tidy). If the room meanwhile is obscenely tidy and clean – to the point where there is no dust on any surfaces – then this could suggest an anally retentive personality and someone who is uptight.

On the other hand a room that’s less well maintained and that has lots of things left out or without a defined home might suggest someone who is more laidback, or alternatively someone who is struggling to stay on top of their commitments.

A room can either be a closed space that’s cosy and designed to escape into, or it can be a wide open space that’s light and spacious and that is designed for socialising. Depending on which the majority of the rooms is, this tells you whether that person is someone who is more or less sociable, and it can suggest someone more introverted or extraverted.