The way we communicate with others can vary greatly from person to person. While this is largely part of what makes interactions with others so interesting (variety is the spice of life after all), it can also be something of a problem when it leads to misunderstandings – particularly in relationships. 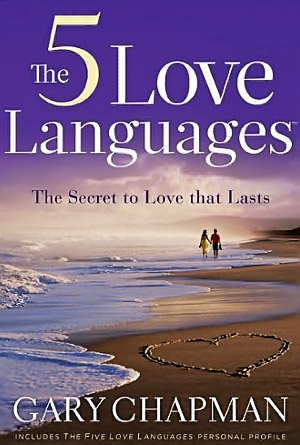 Classically this has been blamed on the differences between the sexes, and misunderstandings can certainly arise from men not being able to get inside a woman’s head and vice versa. At the same time though it also comes down to individual differences – differences in the way we show our affection and differences in what makes us feel loved.

In his book The 5 Love Languages: The Secret to Love That Lasts, author Gary Chapman attempts to zero in on this particular issue and look at some of the different ways that people communicate love. Here then we’ll assess these five ‘languages’ in an attempt to determine whether there’s any merit to the concept, and how you and your partner differ.

The five languages as outlined by Chapman are: quality time, words of affirmation, gifts, acts of service and physical touch. While Chapman suggests that each of us use and respond to each language, the idea is that one of these languages is our ‘primary’ language, and that this one is preferred by us in most cases. Below is a bit more information on each ‘language’.

Quality Time: Someone who communicates love through quality time will feel most loved when their partner wants to spend time with them, and will show their affection back by setting aside a lot of time to spend with their loved one. They might be particularly hurt conversely though if they feel as though their romantic partner prefers spending time with friends, or if they spend the evening reading/playing on the Xbox.

Words of Affirmation: People who communicate through words of affirmation will show their affection by simply telling their partner how much they mean to them. This will mean saying ‘I love you’ but also describing the features that they particularly find attractive in their partner, or writing romantic letters. They appreciate the same in return, and can take it to heart if they aren’t explicitly told how important they are to the other person.

Gifts: Someone who shows love through gifts may buy flowers and chocolates for their partner, or more thoughtful and personal gifts. They will enjoy being spoiled in return, and will expect to get gifts to some extent.

Acts of Service: This is a very ‘hands on’ way to show affection which involves doing jobs with the aim of making the partner happy. A husband who communicates through acts of service for instance then might renovate the conservatory as their way of saying ‘I love you’ and be less comfortable with more traditional displays of romance.

Physical Touch: Showing and receiving love through touch can mean sex, but it might also mean kissing, hugging or just stroking the other person’s hair. For some people touch is incredibly important, though for others it ranks behind other factors like quality time together.

You may find on reading those five languages that you instantly get a strong idea of which is your ‘primary’ language. If that doesn’t happen however, then you’ll need to use some introspection. Ask yourself how you last expressed your love to your partner, what you feel is lacking in your relationship and you would like more of, and what you request the most.

Are the Five Languages ‘Real’?

It should be obvious that the five languages are essentially arbitrary and aren’t supported by science as such. Furthermore it may well be that you have no ‘primary’ language of love, but that you hold two or three in equal esteem. I know personally that I value ‘physical touch’ and ‘words of affirmation’ incredibly highly – but I probably couldn’t ran one above the other.

That doesn’t mean the concept isn’t without merit though – as it certainly does make a lot of intuitive sense and talking among friends there is plenty of anecdotal evidence to support it. The-take home message then is not to get too fixated on the idea of your ‘primary’ language, but to instead just recognize that there are differences in the way that you and your partner shows love.

So just because your boyfriend or girlfriend doesn’t say they love you, that doesn’t mean they don’t. Think about the other ways they show it – would they have bought you that beautiful necklace/dressed in that lingerie/made you dinner every night when you were ill if they didn’t love you?

Likewise, try to think about what your partner wants from the relationship and how they will best respond to your demonstrations of love. In other words, if your partner values physical touch, then make the effort to hug them a bit more. If they appreciate gifts, then go out shopping and surprise them from time to time. It might not come naturally to you, but your partner will appreciate it and feel more loved as a result.

Finally, try to show your love in ways that neither of you are used to. By exploring the different dimensions of your relationship and expressing yourselves in different ways you can have a more fulfilling and varied experience and become stronger as a couple as a result.