Selling ourselves is one of those awkward things that no one wants to do but that everyone has to attempt from time to time. Most of us are brought up to be modest whenever possible and to play down our achievements for the sake of others. As such it can feel very awkward and forced to have to reel off a great list of reasons we think we’re great – but if you’re going for an interview, or trying to impress on a date, then it doesn’t make much sense to do anything else. So the question is: how do you go about this awkward process without feeling like a complete tool or coming off as one? 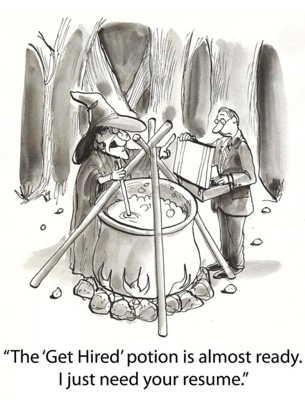 Here we’ll look at how to go about selling yourself and how to promote your positive aspects in a way that won’t make you sound like a self-centred bore.

Save the Best Til’ Last

The good news is that there have actually been a number of studies carried out on this topic, and all of them have said the same thing – that you’re best off saving the best until last. So if you have some amazing achievements under your belt and you’re going for an interview, then it’s best not to open with these which is most likely to make you look like you’re bragging and actually make people like you less. Instead, find a way to work in the fact that you were once awarded ‘Best Person Ever’ toward the end. This way it will seem like you’re playing it down, and as such you’ll amplify its impact.

Another reason for leaving the best to last is that it leaves more opportunity for someone to ask you about it directly. This way you will seem even more modest – as though you didn’t want to mention it unless asked. If you blurt out your winning features right away, then you won’t give the conversation a chance to get there naturally.

Meanwhile you also need to think a little about how you are going to convey the negative aspects of your personality or your CV. Obviously we all have marks on our record that we’re less than proud of, but if you don’t come clean then you risk them being discovered which will make you look dishonest. So the question is, when’s the best time to make them known?

Well just as you should say the good bits last, research also suggests you’ll be most warmly received if you say the bad bits first. This will get them out in the open and this will make you seem less secretive – and it also gives you the whole duration of the conversation to attempt to make up for them.

Bear in mind that this doesn’t mean you should open with the fact that you once got fired. At the very beginning you should say some positive things – such as how happy you are to be there, and perhaps a couple of neutral facts. Then move onto the bad bits you need to get out of the way – the reason being that we are most inclined to remember information in a sequence if it came early on or late in that sequence. This is called the ‘primacy and recency effect’, and in other words it means that if you say the bad stuff right at the start you’ll make it more memorable.

Backup What You Have to Say

This is the important part – make sure that any claims you make are backed up by evidence. In other words, if you’re a great team leader then make sure you have an example prepared of a time when you used those skills. Likewise, if you’re great at science, then make sure you have the grades to back that up. If you don’t then you’ll just look like you’re blowing smoke (and don’t lie – people will see through it).

You can also back up what you’re saying more subtly, by using confident gestures and body language that lend credence to what you say. If you mumble that you’re great at problem solving then people won’t be inclined to believe it, so make sure that you’re confident when you say it as though you don’t doubt it in the slightest.

And obviously you also need to look like the person you’re describing. In other words saying you’re ‘great at communication’ and then stumbling over your words is just going to be embarrassing. Give examples there and then of why you’re so easy to get on with by actually being friendly, and win them over with your ideas and enthusiasm. Remember: actions speak louder than words.