There’s a common pattern for men who have been in relationships for a long time that many will follow if they’re under the age of 40 and it goes like this: man badly wants a relationship, man finds a girlfriend and settles down and all is well, man then worries he’s getting old and hasn’t fulfilled any of his dreams or ambitions, man thus decides to break up with woman in order to go in search of a better career or to go travelling, woman laments that ‘men these days’ don’t know what they want.

This is a common pattern because its wired into the way that men think. All that extra testosterone we have makes us want to achieve more and live a life that’s something between Richard Branson, James Bond and one of the rolling stones. And because most women are much more content to just ‘settle down’ with children, a lot of guys end up getting scared that they’re never going to live their dreams and so they leave their partners. Of course it’s not just men either – a friend of mine recently lost his girlfriend because she wanted to ‘experience being single while she was young’ and had career aspirations that she put ahead of her relationship. 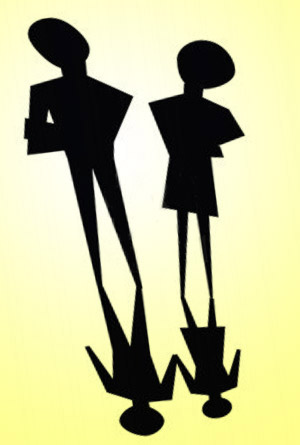 So the question is whether or not this is a good idea? And should you follow suit? Is your relationship holding you back? Let’s have a look at the answer.

What Is it You Really Want to Do?

The reason I ask this is that in many cases it would be perfectly possible to achieve your aims while being with your partner if you were willing to put in the effort. For instance travelling is something you can do while you’re in a relationship whether it means going together, asking your partner to wait for you, or going in smaller stints. Likewise if it’s your career then tell your partner you need to focus on that for a couple of years and that you’ll be busier – or just wake up a couple of hours earlier.

Chances are that if you feel like your relationship is taking up too much of your time that there are still lots of other things that are taking up more of your time. For instance are you still going out drinking twice a week? Or are you watching TV for a few hours every evening? If you’re really serious about accomplishing your goals, then shouldn’t these be the first things to go rather than your relationship?

The point is that I know lots of guys who feel they aren’t achieving what they want from life and so they opt to leave, but upon doing so they often come to realise that actually their life doesn’t improve at all and in fact gets worse. The problem? That actually their partner wasn’t the one holding them back – it was themselves.

So the point is to stop blaming your partner and to start thinking about how you can achieve your dreams and keep them in your lives. Of course if you really can’t find a way to do both (perhaps your dream is to live abroad), then you should look at compromises instead. Could you be satisfied with just spending more time in that country? Or moving somewhere that you both can abide?

And if you really can’t do both – if it’s sleeping with other people you want to experience for instance – then you need to really think about whether that’s what you want (might it just be that you need to inject some more romance into your current relationship?) and you need to come up with a plan for how you would do that. The same with moving country – are you even able to?

The reason that I emphasise this is that I know a number of guys who left their girlfriends because they weren’t living life to its fullest only to find themselves doing nothing different and in no way seizing the day. They still lived in the same place, had the same jobs, and surprise surprise met no other women. And they missed their girlfriends…

Something to try using here is a process called ‘counterfactual simulation’ which is when you use your mind as a ‘simulator’ and imagine what would really happen if you took a certain action. Think about what would happen if you left your partner – how would this actually advance your career? And would you really meet that many new people? By doing this you can get an idea of the reality before you commit yourself to something you might regret.

Most importantly of all though, make sure that you talk it over with your partner before you do anything hasty. Make sure you know exactly what it is that you think is missing from your life and then tell them how you feel. Most likely you’ll find that they’re incredibly sympathetic and supportive and that they in fact help to empower you to achieve your goals.