Looking at what makes someone successful can be a difficult and futile pursuit and there are many problems with trying to achieve this. For one, when you try and look at what makes someone successful you first need to be able to define success which is something that’s different for everyone depending on who you ask. At the same time, successful people are so varied and different that it’s hard to see what it is that makes them all high achievers. There is no single demographic that is more successful than the others, and the methods people have used to become successful are equally as varied. 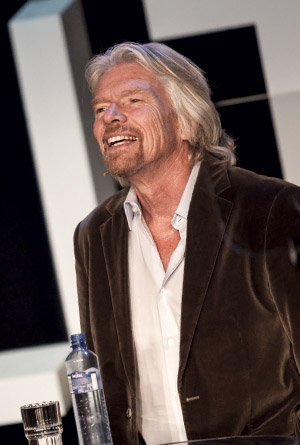 But that said, there are some traits that seem to crop up time and time again and some things that seem to at least ‘correlate’ with success. While none of these might be the ‘magic formula’ for success, and while luck also should be taken into account, it seems fair to say that these are traits that at least most successful people share and that can certainly help make you more likely to be a success in your chosen field. If you’re lacking one of these traits then and you hope to become more successful, well then it’s probably worth developing them.

Above possibly all other traits, perseverance is the one that’s most important. The simple fact of the matter here is that your first attempt is unlikely to be a big success in any field, and so if you give up right away then you’re unlikely to really accomplish anything. The most attempts you have at achieving your goals, the more probability will favour your becoming a success and the more you will learn and improve your abilities each time.

The vast majority of successful people are at least willing to take measured risks. Those who aren’t unfortunately will be unlikely to be successful as they’ll never want to put themselves ‘out there’ and open themselves up for a potential failure. Launching a new business is a very risky thing to do, approaching a woman or guy in a bar is a very risky thing to do, and asking your partner to move in involves a big chance of failure too – but you need to take those risks if they are to have any chance of being successful (and we all know the higher the risk – the higher the potential reward).

While this isn’t absolutely essential, it’s certainly a trait that many successful people share, and the reason for this is that it enables them to come up with better solutions to existing problems and to stand out from the crowd. Whether it’s designing a new product, or organizing the best possible date, creativity can help you.

In order to persevere in the face of defeat, and to keep taking new risks, it takes a certain kind of person – the optimist. By remaining optimistic at all times you’ll see opportunities where others don’t and you’ll be much less likely to give up.

If you have lofty plans for launching your own business, or for dating the hottest person you know, then you need to be prepared for others to shoot you down, or to stick their oar in and tell you where you’re going wrong. The person who is destined for success though needs to be able to know when to ignore the nay-sayers and carry on regardless and this takes something of a thick skin.

The ability to develop yourself further and the will to grow as a person is something that not everyone shares, but of course it is what will enable you to grow in many more ways and to acquire any of the other traits you might be missing. If you’re not a growth orientated individual then you’ll read this list and then forget about it immediately, but if you are then you may already be looking at ways you can improve these traits in yourself.

What many people might see as a lack of ability to take risks might often in fact be simply low self-esteem. Having at least some confidence in yourself is pretty much a requirement if you want to be able to go through with your plans and be willing to go out on a limb, and it’s also something that other people will notice which will help you in promoting and selling your idea or getting people to believe in you.