Going to see a psychologist is a great first step to take if you’re struggling with personal issues and want to get them under control. Whether you have an anxiety disorder, or whether you just have low self-esteem or a perpetually low mood, sometimes speaking to someone impartial and who can offer some professional insight can work wonders.

But what you have to be aware of when going to see any kind of psychologist or counsellor is that they are not all the same and precisely what you will get can vary greatly depending on the school of psychology they subscribe to. A cognitive behavioural therapist for instance will give you a very different kind of treatment than a psychotherapists or a family therapist, and it may be that one type suits you better or that you prefer one to the other. Here we will look at what a psychotherapist does and how they are different from some other therapists so that you can make an informed decision regarding whether this is the right kind of treatment for you. 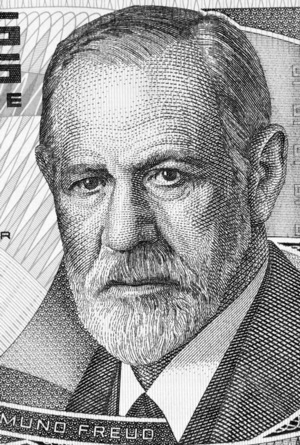 There is no one model of the human mind that is universally accepted and depending on who you talk to the description will change drastically. As such then you will find psychologists tend to subscribe to one particular model over the others and that this informs the way they treat patients.

A psychotherapist is a psychologist who uses psychotherapy and who subscribes to a ‘psychodynamic’ theory of the human mind. This was actually the first ever description of the human mind to be applied in a therapeutic setting and was the brainchild (pun unintended) of a certain Sigmund Freud (you may have heard of him). This was the first ever ‘talking cure’ and as such many of the clichés we have regarding psychologists come from here – ideas such as the couch and the inkblot tests.

The central tenet of the psychodynamic theory is essentially the concept of the unconscious mind (many people refer to it as the ‘subconscious’ but actually this is a misnomer and the term was never used by Freud himself). In other words, Freud came up with the concept that there is a part of the brain we don’t have access to but that which nevertheless can have an impact on our mental health. As such he theorised that many of our psychoses and issues come from these unresolved and unacknowledged unconscious tensions and that they could be treated by exposing their true causes.

The ID, Ego and Superego

While we generally think of our unconscious mind of being anything that goes on in our head without our explicit moderation, Freud was more specific. In Freud’s interpretation the brain could be split up into three parts – the ID, the ego and the superego – of which the ID and superego were unconscious. He postulated that our superego was formed of the many social influenced that we are subject to during our upbringing and our general conscience, while the ego was made up of all the more basal instincts that we have as part of our evolutionary heritage. The ID for instance then is what makes us want to have sex with everything that moves, but it’s our superego that tells us this is wrong.

Now in order to keep sane most of this battle is kept away from our conscious mind and the things that run through our head that are just ‘unacceptable’ will get hidden from our mind by our superego.

At the same time the superego is also capable of hiding memories from us via ‘repression’ as well as our own emotions using the ego defence mechanisms. You’ve probably heard of ‘denial’ and ‘projection’ and these are both examples of our superego protecting us from our true thoughts and feelings to prevent us going mad.

As such then, if you visit a psychotherapist with a phobia, a sense of worthlessness or an embarrassing tick, they will most likely presume that there is an unresolved psychic tension in your unconscious mind and they will seek to get to the bottom of this by getting you to drop your guard and through careful analysis of your language.

Likewise with the inkblot test you are asked to give meaning to random shapes, and the hope is that you will then project your unconscious thoughts onto them. Another method is dream analysis, and it’s the belief of psychotherapists that our dreams are simply made up of our unconscious desires.

Finally though a lot of your time in psychotherapy will be spent just talking and much of this will revolve around your childhood and your sexual preferences. Much of Freud’s theory revolves around things that happen to us in early development and our sexual health and as such you’re likely to talk at length with your therapist about your childhood and your relationships and the conclusions your therapists come to might not always be something you’re comfortable with talking about.

The question is then, is there any merit to this kind of psychotherapy? And the answer is a resounding: yes and no (sorry). On the one elements of psychodynamic theory can be very useful and there are numerous case studies where this kind of treatment has been successful. At the same time though many people find the conclusions of psychotherapists to be either upsetting or offensive, and the whole process is very long, expensive and emotionally draining compared to modern methods. The method isn’t generally considered very scientific either as it can’t be disproved and as such it has fallen out of favour in many institutions and been replaced with things like CBT.

Whether psychotherapy is right for you then will depend on the nature of your problem (psychotherapy is better for issues like psychoses whereas CBT is effective in treating phobias and low self-esteem) but also on your own preferences and personality. At the same time this will also depend on the quality of the therapist you get, and subcategory of psychodynamic theory they subscribe to – are they more Freudian, Jungian or modern?

The best therapists will always be those with a good understanding for each form of therapy and who knows how to combine them and apply them in the right situations but remember that if you’re unhappy with who you’re seeing, you can always ask to speak with someone else.