That ‘nice guys finish last’ is an oft-quoted piece of wisdom that has unfortunate implications for the nature of the world. Most of us would like to think that society rewards those who are good to others, and we’d all like to believe that it is worth working hard to be a better person and kinder to others, but is that really the case? Here we’ll look into the question in more detail to see whether it really pays to be the bad guy. And don’t worry, it’s only the soul of humanity that’s at stake here…

The Pros of Being 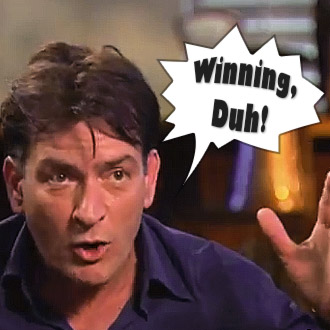 While being nice is something most of us strive for, being mean has many advantages. For one it means you’ll be able to more easily take advantage of others and manipulate them to your ends – a ruthlessness that could theoretically help you to thrive in the boardroom. At the same time doing less for other people would mean you’d have more time to focus on yourself, and giving less away would mean that you’d have more resources of your own to benefit from.

In keeping with this stark realisation is the fact that psychopathy has often been shown to be advantageous. The definition of psychopathy is someone with a ‘shallow depth of emotion’. In other words, they don’t empathise with others or feel remorse and tend to be narcissistic, superficially charming, good liars and highly driven – all traits that can help them to succeed in business, politics, and even dating to an extent. As a result, many people in positions of power and influence actually meet the diagnostic criteria for psychopathy. Scary stuff.

So… Should You Become a Psychopath?

But before we get too carried away and start carving out your limbic system (a joke for brain surgeons there… ) let’s remember another fact about psychopaths: many of them end up in jail.

The reason that most of us have the ability to empathise and feel remorse points to the fact that it is obviously conducive to our survival as a species and as individuals and there are many ways that being nicer and kinder can help you out in life too. Let’s take a look at some of them before things get a little too dark…

Reciprocation: The urge to reciprocate is something that is strongly hardwired into our brains and that helped us to survive as a social species in the wild. The idea is literally ‘I scratch your back, you scratch mine’ and as soon as you do something for someone else that increases the likelihood that they’ll do something back for you – and usually their reciprocation will be greater in ‘value’ than the original gesture. In other words, lend someone a fiver and they’ll probably be more than willing to lend you a tenner when you need it. The nice guy in other words will have lots of little favours he can call in, but the great part is that they won’t need to call them in at all…

Emotional Health and Mood: Being a nice person also helps to lift your mood and happiness which can in turn help you to thrive in a range of other ways. They say that money can’t buy happiness for instance, but in fact that’s not true – and spending money on someone you love or on an activity to enjoy with a friend will actually help to raise your mood considerably and in a lasting way. Likewise if you smile at a friend the act of smiling will trigger the release of endorphins, and hugging your partner will release oxytocin. These hormones will help you to fight stress and strengthen your immune system meaning you’ll have more energy and you’ll be less likely to get ill. The bitter Scrooge in other words won’t just die alone… he’ll die young.

Career Progression: Believe it or not, being a nice guy is also actually very good for your career. Making honourable decisions for instance has been shown to help you win your bosses good favour – so if you want that promotion you’re better off admitting your faults rather than pointing the finger at your colleagues. Studies have shown that most interviewers practically ignore factors like experience and qualifications when choosing candidates and pay much more attention simply to whether or not they like the person. It makes sense if you think about it – they’ll have to see you every day so they’re not going to want to choose someone they can’t stand the sight of. Being nice then will land you a good job, and in exactly the same way you’ll be more likely win over clients and even make sales.

Luck and Risk Taking: Nice people are generally happier and this is a two way correlation we’ve already explored. That happiness then also equates to positivity which in turn has been shown to help us achieve in a number of other ways. Someone more positive is more likely to take positive risks for instance, and more likely to keep trying until they succeed. Furthermore, positivity has even been linked with ‘luck’ though no one is quite sure how that works…

Emotional Intelligence: Empathy also correlates with emotional intelligence. In other words, if you feel other peoples’ pain then you know what they want and what they don’t want. That means that even if you run your own business you’ll probably be more successful as you’ll be able to come up with more popular ideas and even market them more effectively.

Relationships: And obviously, as long as you’re not a door mat, being a nice person is going to help you with your relationships. More than money and success, we want to spend time with people who make us feel happy and make us feel good about ourselves. Not only will being a nice person mean you have more friends and are more likely to find a partner, but it will mean those relationships are more likely to last and thrive. And really isn’t that a truer measure of success?