When I looked into choosing what I wanted to study at university I was at a loss. I didn’t know what career I wanted to pursue, and at college no particular subject had ever stood out as being my best.

The reason I eventually decided on psychology was because I was intensely interested in self-development. I was already an amateur bodybuilder and martial artist and a big fan of brain training, so my hope was that by taking up psychology I could learn more about myself and perhaps some techniques I could apply to improving the way I thought and interacted with others. That and it seemed like a pretty interesting topic from reading around the subject. 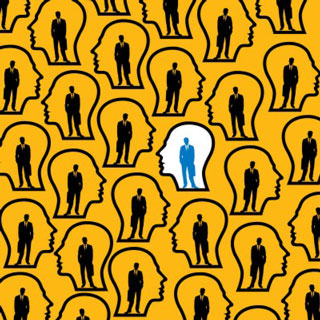 Obviously though when you actually study a subject it’s never quite the way you imagine it. There was a lot more statistics than I had anticipated for one, and a lot of what we learned was either very dry or so in-depth as to become completely uninteresting. At the time I must say I was a little disappointed, and in the second year I even considered changing course (I stayed where I was because I had such a great group of friends).

Looking back, I find that actually I learned an awful lot that was incredibly useful. Since leaving I became a full-time writer, specialising in fitness and self-improvement, and I have found myself time and again referring to my psychology degree. Meanwhile it’s also given me the knowledge and ability to look at new ideas and techniques and assess them for their accuracy or reliability – I’ve become an expert in smelling BS.

So while my psychology degree wasn’t really about mind reading (as everyone seems to think) or Jedi Mind tricks, I definitely picked up some stuff that has helped me since. Here I’ll share with you a few of the most interesting and useful lessons from my four years of study.

This is something I find incredibly fascinating, and particularly owing to my interest in transhumanism. Essentially brain plasticity is the term used to describe the phenomenon of the brain changing shape in response to the way it’s used in much the same way as a muscle. This is a relatively recently discovery, and shows that if you use a particular area of your brain more than the others it will actually enlarge and become more efficient. Scientists have even observed that new cells can be created (neurogenesis) in particular areas of the brain past adulthood.

Cognitive restructuring is a psychological technique that comes from ‘cognitive behavioural therapy’ – currently the most popular and modern form of therapy. The idea is that you can essentially ‘reprogram’ your thought processes in order to be more adaptive and useful, and eliminate those negative ruminations that might be causing you anxiety, depression or other problems. For instance, if you have a phobia of speaking in public, you would use ‘mindfulness’ (a form of meditation) to spend some time reflecting on the thoughts you have regarding speaking (‘if I choke then everyone will laugh at me’) and then use positive affirmations to ‘overwrite’ these (‘if I choke what’s the worst that can happen? I’ll never see these people again!’). Do this enough and the new thoughts become habit, and your behaviour begins to change.

Disassociation comes from behavioural psychology that explains our behaviours as being the result of associations and connections we’ve formed regarding the world around us. For instance, if you were to touch a fence and get an electric shock every time, you would forge an association between that fence and pain and stop touching it. Sometimes these associations would be maladaptive however, and as such you would develop a phobia of something that was harmless.

Disassociation means exposing yourself to that stimuli, but in such a way that shows you you don’t have anything to worry about. You might for instance show yourself a fence while eating sweats to create a positive association. Another is simply to test your theory by touching the fence and seeing that it’s not all that bad. In public speaking you might go up on the stage and purposefully stutter and make a fool of yourself – when you come through the other side unscathed you’ll realise you’d built the issue up in your mind more than it deserved.

There are all kinds of cognitive biases that we experience on a daily basis, but that we’re unaware of by their very nature. A cognitive bias means essentially that we’re operating in an un-objective manner without realising it due to our own assumptions and beliefs. For instance, absence blindness is a form of cognitive bias that means we’re more likely to notice something that’s there that shouldn’t be, than something that isn’t there but should be. A way to prevent this is to use a checklist to look over your itinerary in a systematic manner, and this can be a great way to avoid mistakes in the workplace and more.

Confirmation bias meanwhile means that we are more likely to seek out and agree with information that confirms our current beliefs. This information will seem more appealing to us and more logical because it fits with our existing world view, but over long periods of time this can ultimately result in extreme and unbalanced views.

Priming means using stimuli and experience to put someone in a particular mood prior to an event. This can be very useful in self help, as you can ‘prime’ your mood for the task you have to perform. I prime myself for workouts for instance by watching clips of bodybuilders training and this gets me pumped, whereas I might prime myself for a day of work by watching a clip from the Social Network which is inspiring in a different way.

Facial feedback is an interesting discovery that shows how our emotions can be dictated by the expression we pull (there is a two-way causality here). In other words then, if you smile then your mood will instantly be lifted and vice versa. The obvious connotation here is that you can control your mood by simply changing your expression. And thanks to mirror neurons (which fire in accordance with the expressions we see other people pulling) it’s also possible to influence other people’s moods this way too.

Studying psychology one of the main things you look at is the different opinions and schools of thought that exist within the field. Largely psychodynamic theory (the views conjured up by Freud) is now considered defunct, but many of the principles are still relevant nevertheless. One of the most interesting things to come out of psychodynamic theory for instance is the idea of ‘ego defence mechanisms’ which are unconscious processes we use to avoid ‘cognitive dissonance’ and protect our self-image.

Repression is one example of an ego defence mechanisms, wherein we’ll literally just ‘forget’ or bury unpleasant memories or aspects of our personality. Others are more complicated however such as ‘reaction formation’ where you will act as though you hold the opposite view in order to ‘prove’ that you don’t feel a certain way (someone who is struggling with homoerotic feelings might act homophobic to cover this up for instance). This is similar to ‘over compensation’, or ‘projection’ – the latter being where you project your feelings onto someone else (I’m not angry – you’re angry). Once you learn the various ego defence mechanisms it can be very interesting observing them in other people and in yourself and shed a lot of light on the way someone’s mind works.

And now for one thing I wish I hadn’t learned – which is that there is no such thing as the ‘subconscious’. The ‘unconscious’ is a concept that Freud invented to describe anything that goes on in our mind that we aren’t aware of. In other words, this means that subconscious just doesn’t mean anything and it’s a term he never used. And it really bugs me when other people use it as a result…