Big city life is fast-paced and exciting. Whether you live in New York or London, spending a portion of your life in a big city is a great experience and one that you will probably enjoy most while you’re young. This is a great time to meet people, to advance your career and to experience a vibrant and happening nightlife; but unfortunately it can also be somewhat lonely and intimidating, particularly if you’re new. With everyone in such a hurry to get somewhere and with people working longer hours and far less inclined to talk to one another, the irony is that these bustling and crowded cities often leave us feeling more lonely and isolated than the remotest village. If you’re struggling with life in the big city then read on and we’ll look at what you can do about that… 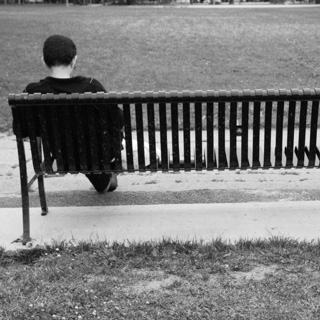 If you’re not quite cut out for life right in the city centre then that doesn’t mean you can’t still appreciate the excitement and convenience that the city brings. Thanks to the impressive transport links in most big cities there’s no reason why you can’t live a little further out where life is quieter and still take part in all the same activities/work right in the thick of the action. I personally am loving life in London but I actually live in Ealing which is at the westernmost point of the central line. Here, life is much more like my hometown of Bournemouth and you would hardly think that Piccadilly Circus is just a thirty minute tube ride away.

My cousin has another approach to this problem which is to live in a house share. This not only makes London far more affordable but it also means that she gets to enjoy something akin to the student life again with all the same camaraderie and support. Living with people you tend to make much stronger bonds than you would normally make having just met someone, so this is a great way to feel like part of a family rather than being isolated. This way you’ll also get to meet your new housemates’ friends and this will greatly expand your network. You can always move after a few months if it doesn’t work out. An alternative option meanwhile, is just to move near to someone you already know so that you are able to pop round for a cup of tea occasionally when you need someone to chat to.

London’s size works in its favour when it comes to the number of different clubs and activities available to sign up to. Whether you fancy trying your hand at cocktail making, martial arts, acting or dancing there are just tons of clubs in London to try out many of which provide a perfect opportunity to get to meet people. When you’re dancing cheek-to-cheek with someone or practicing massage technique on them you tend to start chatting and breaking down those social barriers.

The reason that smaller towns and villages tend to feel less lonely is that they have a built-in community that’s lacking in London. There are just too many people for you to start recognising the same faces over and again and to start striking up conversation. However there will still be some people that you come across on a regular basis as part of your routine – from your hairdresser to the man in the newsagent that sells you your sandwich on the way into work. By saying hi to these regular faces and making the effort to make a conversation you can make a big foreign-feeling city much more familiar and friendly and this makes a huge difference.

Something many people moan about when they’re living in a city is the difficulty dating. If you spend all day at work then come straight home you won’t often get much chance to meet people and for most of us, clubs aren’t the ideal way to find potential partners. Online dating holds the answer for many people though, making it much simpler and easier to start talking to people with common interests and to go on dates. Even if you don’t find ‘the one’ on a dating site, just going on lots of dates can be great fun and is a great way to feel a little less lonely and bored again.

Put Yourself Out There

In general, the main way to really make the most of the big city life is to be bold and put yourself out there. It’s no good being shy and modest – if you’re going to make an impression among this many people then you need to be assertive and you need to go to the right events. Accept invitations then, take opportunities as they arise, throw parties and don’t be afraid to talk to people you don’t know. Suddenly you’ll find that living in a big city is full of great experiences and opportunities that were just waiting for you to reach out to them…