They say that there’s no such thing as bad press, but when it comes to your personal relationships and office politics that’s not really true. A bad rumour going around the office or your circle of friends can be enough to really get under your skin and damage your self-esteem, and if people believe it it could even damage your relationships or affect your career.

And don’t think that just because it’s true, that it’s any less damaging for someone to spread rumours. It’s still not nice to have other people talking about you behind your back, and it’s not their place to share that information if you’re not ready. 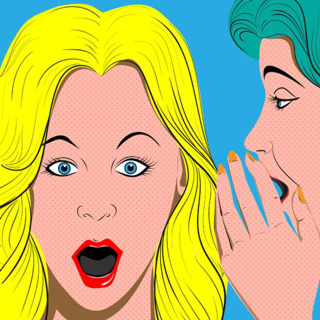 If there’s a rumour going around town about you right now then, you may be wondering what you can do to squash it and what the best way to proceed is. Do you ignore the rumour and take the higher ground? Or do you confront it head on? Read on to find out what the best way to react is…

Whether or not the rumour is actually true…

Don’t Give Them the Ammo

The first thing we need to deal with here is your culpability. While you may be a victim in this situation, that doesn’t mean that you don’t have any part to play and if you’re consistently on the receiving end of vicious rumours, then you need to ask yourself whether you’re doing anything to encourage the behaviour.

For instance, if at the last office Christmas party you attempted to snog your boss, then you can expect to find yourself on the receiving end of rumours. Likewise, if you like courting attention and being controversial, then you might find yourself getting hounded by stories and lies. Keep yourself to yourself and act sensibly, avoid making enemies, and learn to laugh at yourself.

Likewise, it doesn’t hurt to keep your private life generally to yourself unless you are talking to a trusted friend. Things can get blown out of proportion otherwise and lies based on truths are the hardest to dispel. Even if you do do things that are gossip worthy – keep it on the down low.

Another tip is to make sure that you aren’t helping to spread rumours about other people. As soon as you do this, you open yourself up to attack for a number reasons. This way, you are only making yourself more ‘deserving’ of rumours (and potentially of revenge!) and bringing yourself down to their level. If you engage in rumour spreading, then others will ask ‘what makes them so special that they can judge others?’. And yes, it’s very hypocritical.

This also means that you shouldn’t attempt to quell a bad rumour by starting one about the person who started yours. This might seem like a fair way to respond, but all it will do is lead to an escalation and if it backfires it can turn more people against you. Take the higher moral ground, and try to laugh it off like a good-natured joke. Your aim here is to win friends, not to look like you’re trying to defend your honour. If you look like you don’t really care, it will soon get boring.

One of the best ways to stop a rumour is to get to people first with your version of events – spreading the truth before the rumour can gain traction. If you try to avoid the issue then people will assume the rumour is true (there is a ‘guilty until proven innocent’ attitude here), while denying it vehemently after the fact will only make you appear desperate. Let’s say that there’s a rumour going round that you tried to snog the boss. Chances are that this was based on some kind of event (maybe they had lint in their hair), so just tell people the funny mix up (without acknowledging the rumour which will cause them to question your motives). Of course this does mean that if the rumour is true, you’ll have to create some story to cover your tracks. But you can get creative, can’t you? Here’s a tip: lies based on truth are generally more believable, and keeping details to a minimum will ensure you don’t have to keep up a whole charade.

While you don’t want to try and desperately argue your case, if there’s clear evidence that you didn’t do what’s being claimed, then it won’t hurt to use this to your advantage. Again though, don’t do this in a smug way – just quietly show your innocence and it will reflect badly on whoever started the lie. You don’t even necessarily have to be the one to present your evidence – just leave it somewhere where it can get discovered or overheard.

Again, it may be that you have to get creative here: there’s nothing to stop you ‘creating’ some evidence that you can use to your advantage. Just make sure it’s concrete, as if someone discovers fabricated evidence that’s pretty much game over. Consider this a last resort.

Rely on Your Friends

Another option is to try and use your allies to gradually turn the tide back in your favour. If you have a number of friends within the group where the rumours are being spread, then ask them to tell your version to people in a natural way so that it starts getting mixed in there with the rumour and people start amending their story. This way you may be able to ‘override’ a bad rumour, but bear in mind that a prevention is always preferable to a cure.