Note: This article is mostly aimed at men and the ‘power conflicts’ in male groups, though women may find some of the tips apply and are useful.

Being teased is a problem that many of us face and a complex one at that. Part of the difficulty with being teased is that often it is genuinely meant well – as a joke or even as a sign of affection. This makes it hard for us to stand up and say something, particularly when our relationships have already fallen into a particular rhythm and a particular dynamic. Now we don’t want to sound whiny, we don’t want to upset our friends and we don’t want to break out of people’s expectations for us (rightly or wrongly, we all have a desire to remain consistent and predictable). So best to just laugh along and put up with it, right? It would be uptight not to… 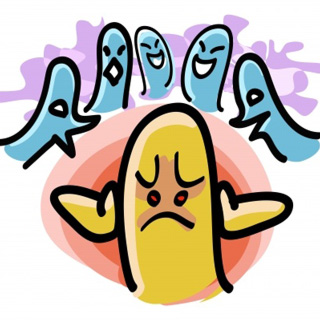 This is a problem for us however, as although the teasing may indeed be well intentioned, it can actually subtly undermine us and remove us from having any position of power. If you get teased in front of someone, then it can instantly make you appear to be the beta in your relationships and so less desirable and impressive. At the same time, even if we know that our friends are joking really, it can still eat away at our own self confidence.

The first step to breaking this pattern is to make the decision that it’s not okay, that you’re not going to put up with it and that you don’t mind being a jerk in order to redress the balance of power. Once you’ve made that commitment to yourself, read on to learn how to put an end to the teasing.

What You Need to Know Going In

Before we begin though, you need to first understand what it takes to put an end to the teasing. Simply, that is for you to be less sensitive and to have less to lose than your friends. If you go in there, wracked with guilt that you’re about to complain and worried that your friends are going to disown you; then you are always going to lose because you’re going to care too much. What you need to remember is that they’re just as scared of you as you are of them. Like spiders.

Do you remember that time when you discovered you could talk to girls hotter than you because they didn’t know that they were hotter? Suddenly you realised that even though they were a 10 and you were a 7, you could ask them out because they thought they were a six? The same goes for male power plays. While your friends might seem more confident than you, and while they may seem not to care, chances are that they’re just as worried about losing you as a friend as you are of losing them. In fact if they are the ‘alpha males’ in your group, then they probably care even more about what other people think and have more to lose.

In short, you can be a complete ass to them if necessary and they won’t do anything about it. They don’t want to lose a friend any more than you do, and they’re probably just as terrified of conflict.

Sadly, me telling you this probably isn’t going to be enough to make you suddenly super confident and highly assertive – you need to believe it. The only way to do that is to test the waters and experiment, so build yourself up to your more assertive personality. Try telling people how you feel more and being straight with them in smaller ways and you’ll find that you can get away with more than you think. Over time you will build the confidence it takes to make yourself heard when it matters.

Before you start, you will still need to make sure that your friends are in a receptive mood and that you’re delivering the message at the right time. You need to open them up, to put them on edge and to make sure they are really listening to you.

To do this, identify the ‘ring leader’ of the teasing first and ask them over to one side privately. Already this takes guts so you’ll win respect, but more importantly, once you get the ring leader to stop taunting you you’ll find that the whole group stops as well. This is kind of like in Avengers – when Tony Stark blows up the alien planet suddenly all of the aliens die. Only it made no sense in Avengers…

‘Man, you know how much I value our friendship, but there’s something serious I’ve been wanting to discuss with you. It’s kind of hard for me to say, but I feel it needs to be straightened out.’

While saying this you need to remain as calm as you possibly can and try not to show any signs of nerves or anxiety. The reason you are using this approach is that it will put your friend on edge. As soon as you tell them you have something ‘serious to discuss’, you’re going to worry them. They’ll be upset and confused and they’ll start imagining scenarios where you’re going to give them a real tongue-lashing. This is good because it means they’ll really be listening, and it means that they’ll really be receptive to what you’re going to say.

Now draw it out more:

‘I don’t want to hurt your feels or create an issue here, but I really do need you to cooperate with me on this. I’m sorry it had to come to this.’

To them it will sound almost like you’re about to dump them so they’ll be anxious to hear your response.

Now it’s time to tell them what you don’t like and why you don’t like it. Make sure that you’re not being vague and that you come right out and say it to them directly. Again stay calm, but don’t mince your words.

‘Listen, here it is: I don’t like the way you tease me in front of other people.’

At the same time, try to be as specific as possible with examples and make some clear requests. This way, there’s no way they can skirt around the issue or deny it. So for example:

Now you need to make sure that you get your confirmation and that they agree to stop. Their natural impulse is probably going to be to try and make excuses for themselves, to joke their way out of it or to make light of the situation – mostly because they’ll feel awkward. Your job is not to let them off so lightly and to be straightforward as possible. So when they say: ‘Hey you know I’m just teasing you big pussy!’ or ‘You know I love you, don’t be such a girl!’, then your job is to hang tight and simply repeat yourself:

‘Yes or no, John?’ (Names add emphasis and are more direct).

No matter what they say, don’t allow the conversation to move on until they say yes or no. Of course they’re not going to say no, and once they say yes you’ll find it makes a big difference to the psychology of the situation.

Now it’s time to put them at rest and to bookend the situation. Tell them thank you and that you appreciate it, and remind them that they’re important to you and that you wouldn’t do anything to jeopardize your relationship. For maximum impact, now return directly to the group rather than staying to chat with them. This will give them some time to mull over what you’ve said and for the conversation to sink in.

What you’ve done here is to take control of the situation, cut through the crap and force your friend to directly say they’ll stop teasing you. They’ll now know not to cross the line, and you should find that the teasing doesn’t happen again. And if they say no? Or refuse to listen to you? Then move on and find a friend who shows other people some respect.