Most of us have a basic idea of what a narcissist is and maybe even know one or two. Generally a narcissist is perceived as someone with an inflated ego, who is highly vain and who is probably a bit self-absorbed and arrogant. This is a person who is likely to watch their own reflection go past when they walk near a shop window, and who will probably believe themselves to be God’s gift to their office. That’s what pop psychology quizzes and magazines would have us believe anyway. 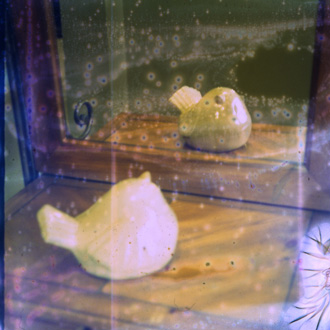 In reality, narcissism is actually a far more serious condition and is a form of personality disorder in the same way that psychopathy is. While your friends might have narcissistic tendencies, it is unlikely that anyone you know is a full blown narcissist. Here we will look at what the term really means and at what might make someone like that tick.

The word narcissist originally comes from the Greek myth of Narcissus. In the story, this was a character who caught their own reflection in a pond and fell in love with it, eventually starving and dying for their lack of ability to draw themselves away from the image (this was in the days before pocket mirrors or photos).

Narcissism however also has another deeper level, where the individual feels highly insecure and unhappy. Often narcissism is a reaction to a difficult childhood where the individual felt unloved or where they lost someone very close to them. The belief is then that they can’t rely on love from anyone else lasting, and so they instead attempt to be self-reliant and rely on self-love to keep themselves happy. They create the illusion that they are so great to convince themselves, and to protect themselves from a world that perhaps doesn’t always feel the same way.

The main symptoms of narcissism are the ones that we commonly associate with the personality type: arrogance, vanity, pride and perhaps delusions of grandeur.

On top of these though, narcissists will also exhibit some signs of the insecurity that they harbour deep down. They may be likely to overcompensate for their perceived shortcomings, they might be highly sensitive to criticism and they might be clingy in some ways and desperate for approval and love. The narcissist has one of the most fragile egos of all personality types, and so will be unlikely to cope well with rejection or criticisms.

Dealing With a Narcissist

If you need to deal with a narcissist on a regular basis either in your personal life or at work, you might find that it is extremely difficult to put up with their behaviour and that it can sometimes be detrimental to you in a number of ways.

The secret to dealing with them though is to recognise them for what they are, and to take what they say with a pinch of salt. At the same time, you must remember that they are ultimately just trying to seek your approval and that they are in fact quite insecure. Reassure them that they are making valuable contributions and that you think they are highly capable, but don’t allow them to take control or to make everything about them.