In psychology, the bystander effect describes a phenomenon in which people are less likely to take action the larger the group is. In other words, if you were to witness someone being mugged down a dark alleyway, then you would be much more likely to intervene and help than if you were to see someone being mugged in a busy street in broad daylight.

On the face of it this doesn’t seem to make much sense – you might assume that you’d be more likely to intervene if you had help and if you had strength in numbers, so why would you prefer to step in when you were on your own without witnesses? It’s also worrying for what it suggests about the human condition, would a group of bystanders really just watch someone innocent being mugged? Read on to discover why the bystander effect exists and how you can overcome it.

Kitty Genovese and Diffusion of Responsibility 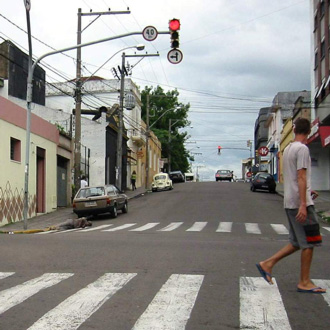 One of the most famous names in this area of psychology is ‘Kitty Genovese’. This was a young woman who was murdered in the street during broad daylight in a residential area as several locals watched through their windows. No one intervened, and no one called the police and the story went on to be widely picked up by the media and to serve as a lesson for how we should all intervene.

Interested psychologists went on to study this phenomenon by conducting an experiment in which participants were asked to wait to be seen in a ‘waiting room’. During this time, smoke would start to rise up from underneath the door and the researchers would then make a note of who spoke up and when. The shocking result was that the more people were in the room, the longer it took for anyone to say anything – if anything was said or done at all. Participants were later debriefed and quizzed on their thought process at the time.

The conclusion was that this was due to a ‘diffusion of responsibility’. In other words, when there are lots of people present, few of us feel the intense urge to act because we are not solely responsible for doing so. The assumption here is that ‘someone else’ will say something, or ‘someone else’ will call the police. On the other hand, when we are on our own, we become the sole person capable of finding a solution and so we feel much more impetus to act.

This is one factor, but of course there are other things at play here too. This includes a feeling of ‘social pressure’ for instance – with people being reluctant to do anything in front of an audience. Here we worry that if we get up and do something and get it wrong, that we will be laughed at or told off.

Likewise, people also tend to think that if no one else acts, then clearly there is no need to act. If smoke comes out from under the door and everyone in the room appears calm, then perhaps that smoke is normal and you’re just not aware of it? If no one else is calling the police then perhaps you’re just overreacting and being a busy-body? Unfortunately what you are unlikely to think in this scenario is that everyone else in the situation is probably looking at you and wondering why you’re not acting either. This then creates a vicious cycle, with everyone involved reinforcing the idea that everyone else doesn’t need to act.

Ultimately, all these various factors can conspire to render us as bystanders and to prevent us from intervening. It may only be later that you realise that you allowed something terrible to happen, or that you put yourself in danger through inaction.

The solution then is simply to remember the existence of the bystander effect next time you find yourself in a situation where you are unsure if you should act. Simply being aware of the phenomenon will mean you are already more likely to think logically and to stand up and take responsibility. It can also help to ask yourself the question: how will I feel later if I *don’t* act now?

And the encouraging thing here is that studies show it only takes one person to make the first move. As soon as you intervene with the mugging, pick up the phone or start looking for a fire extinguisher, everyone else will start to follow suit and to assume this is the correct course of action. So don’t be a bystander, be a leader! Be that one person who makes all the difference…